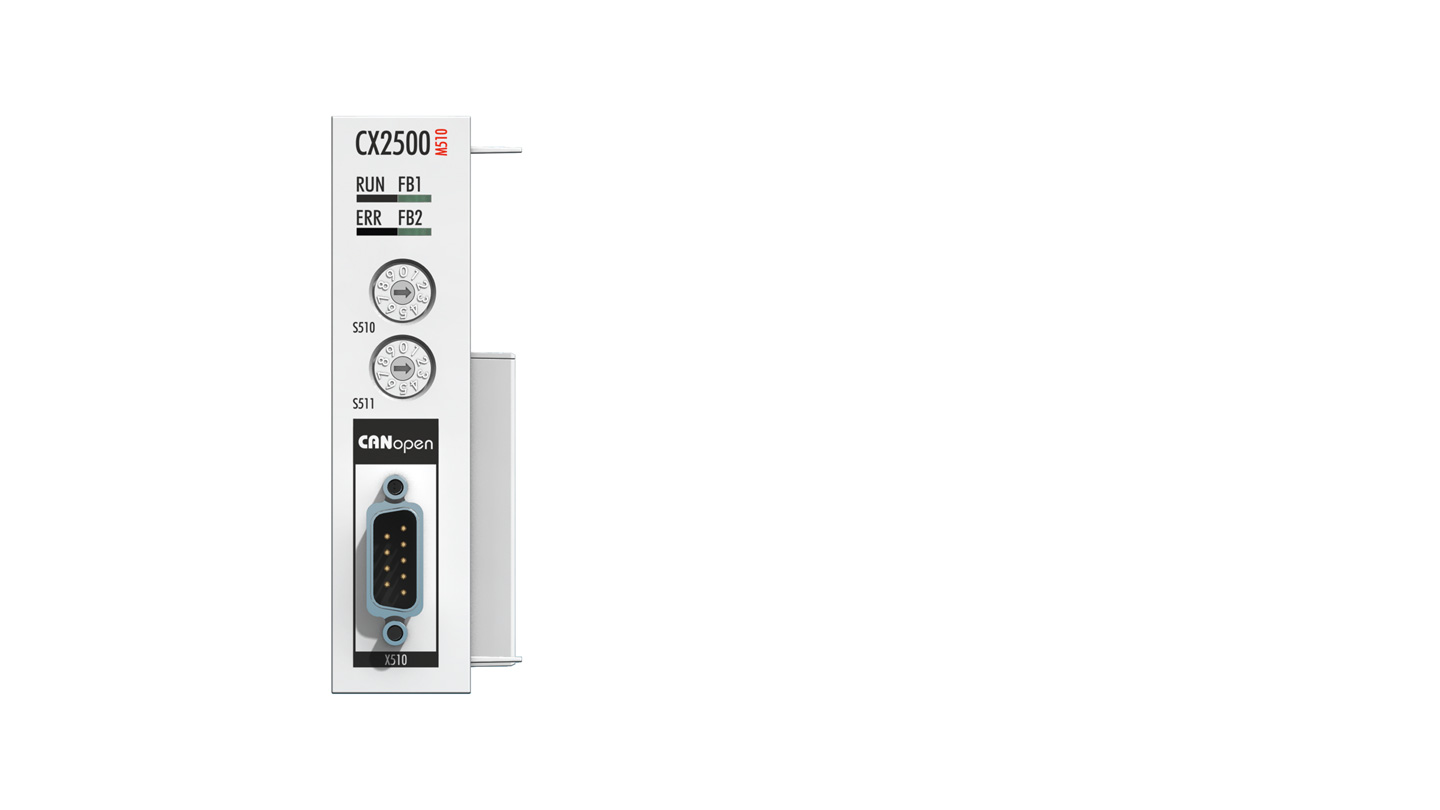 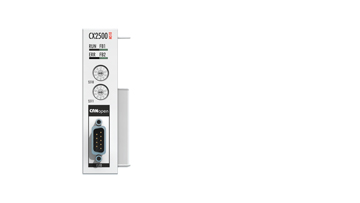 The CX2500-M510 fieldbus master module assumes the function of a CANopen master. Each module occupies a PCI Express lane, so that a total of four modules can be connected in any desired combination to the left side of a CX20xx group. Compared with the Beckhoff PCIe Fieldbus Cards, the technical data of the fieldbus master modules are almost identical, but with single channels.

The parallel operation of several identical or different masters is possible, e.g. two PROFIBUS masters or a PROFIBUS master and a CANopen master. In the case of mixed operation of master and slave connections, CX systems act as intelligent gateways between different fieldbuses: data are received, processed and fed into other fieldbuses. Master or slave connections network several CX systems with one another strictly deterministically via the fieldbus level. CX fieldbus modules can be retrofitted/exchanged by adding them to existing CX systems. The scanning and recognizing of the modules, the parameterization, the configuration of the connected I/O components and the online diagnostics of the process/fieldbus status take place in the TwinCAT System Manager.