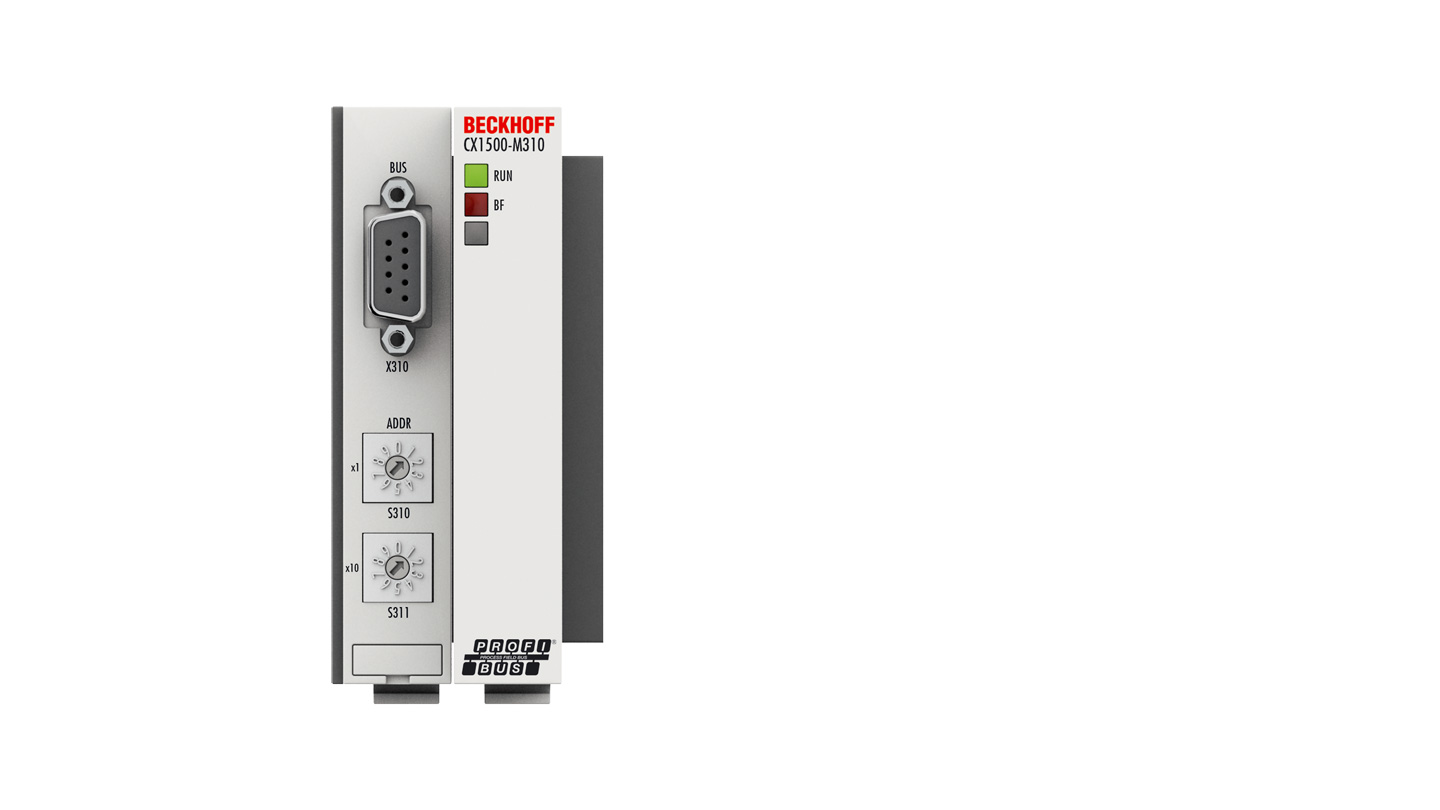 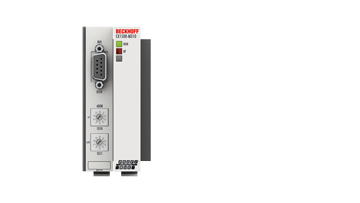 The CX1500-M310 PROFIBUS fieldbus master enables the distributed collection of process data and signals, even for distant machines or equipment. The use of fieldbus master modules in a CX10x0 system enables the utilization of all Beckhoff fieldbus components (e.g. Bus Couplers, Bus Terminal Controllers, Drive Technology) as distributed control components for the assembly of complex systems. Parallel operation of several identical or different master connections is also possible, e.g. two PROFIBUS masters or one PROFIBUS master and one CANopen master can exist simultaneously within the same system.

Mixed operation of master and slave connections is also possible. A CX system can thus assume the functionality of an intelligent gateway between different fieldbuses. The performance data of the CX fieldbus master modules are nearly identical to those of the Beckhoff PC Fieldbus Cards, except for the fact that the CX variants are always single-channel types. The number of slaves that can be connected is limited to 125 units. The use of master or slave connections enables networking of several CX systems with each other via the fieldbus level. In contrast to networking via Ethernet, strictly deterministic data transmission can be achieved in this case.