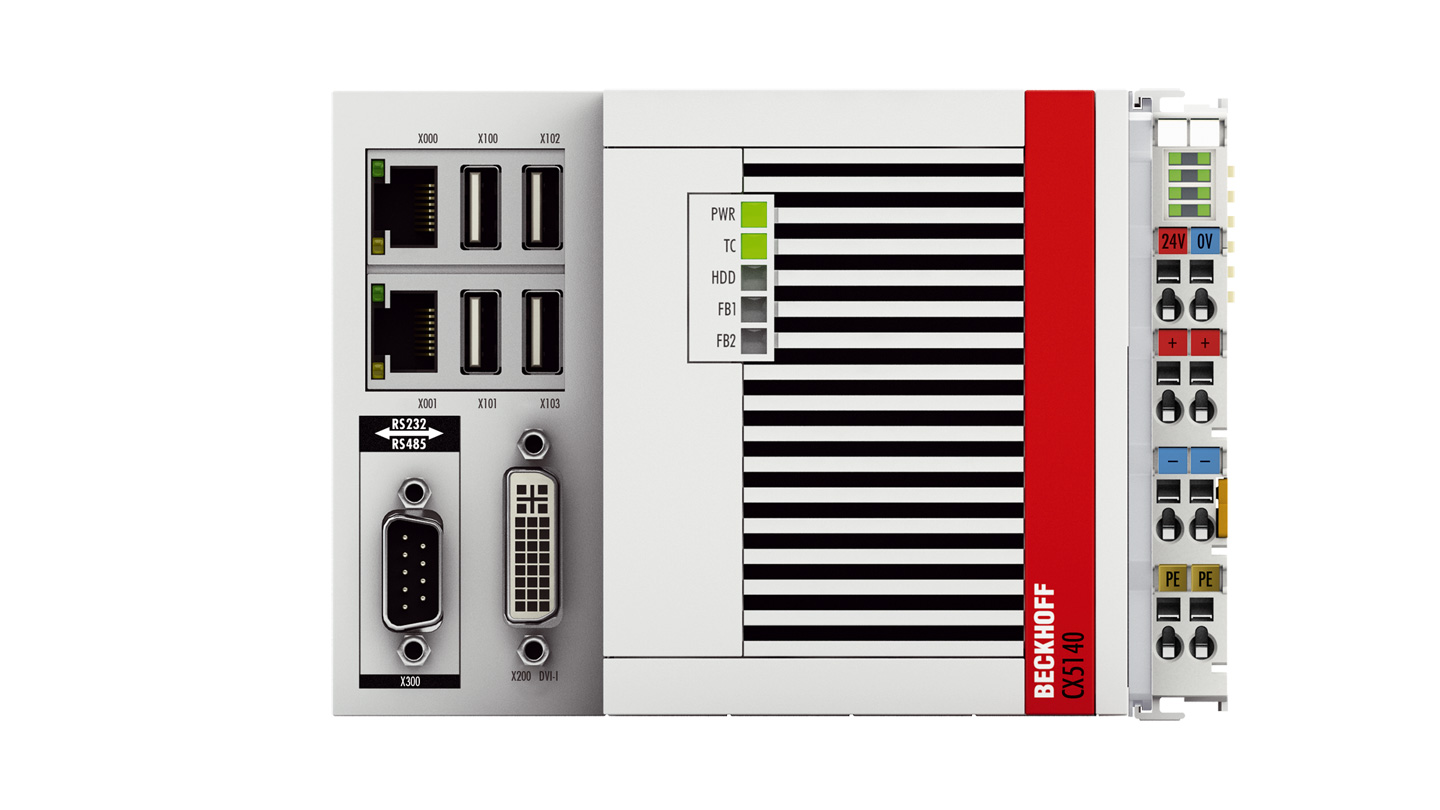 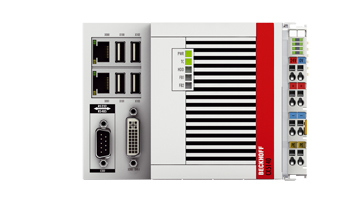 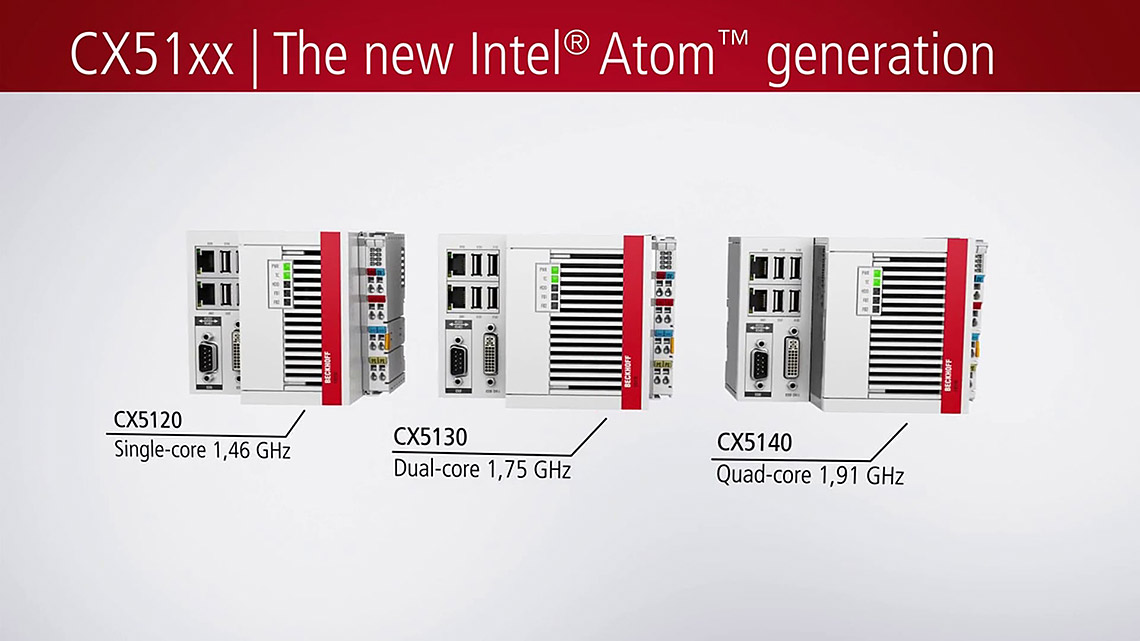 The CX5140 has an Intel Atom® quad-core processor with a clock rate of 1.91 GHz. This makes genuine multi-core technology possible in the Embedded PC segment. The hardware interfaces in this series are oriented and implemented identically to those of the existing CX5000 series. Two independent, Gigabit-capable Ethernet interfaces as well as four USB 2.0 and a DVI-I interface are available. A multitude of further connection options and gateway functions is created by an optional interface, which can be pre-equipped ex factory, as well as the I/O level, which can optionally consist of either E-bus or K-bus terminals.

The CX5140 is characterized by low power consumption and fanless design.

Depending on the installed TwinCAT runtime environment, the CX5140 can be used for implementing PLC or PLC/motion control projects with or without visualization. The execution of motion control applications with interpolating axis movements is also possible.