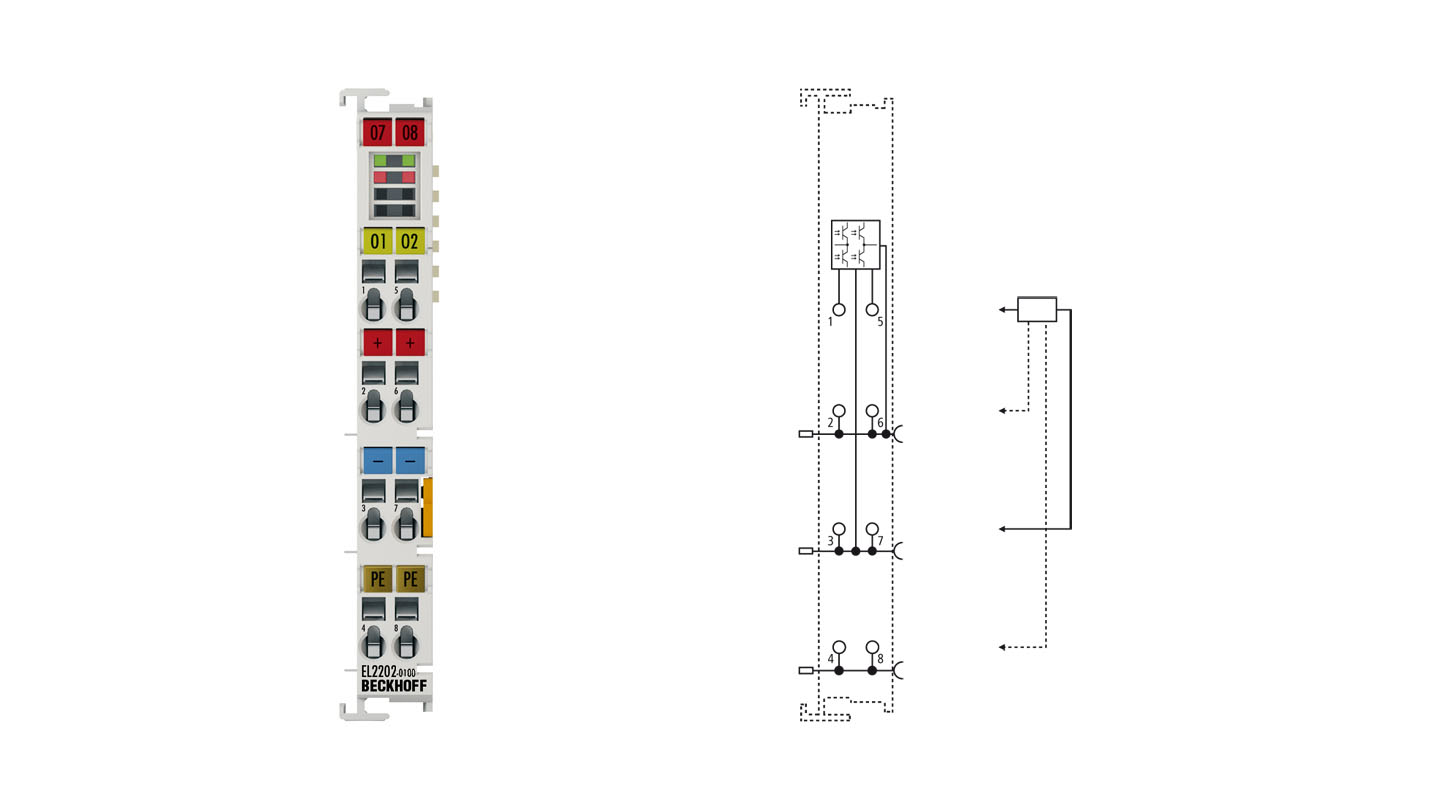 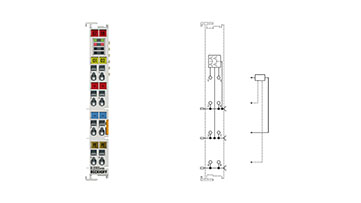 The EL2202/EL2202-0100 digital output terminal connects the binary control signals from the automation device on to the actuators at the process level with electrical isolation. This terminal benefits from very small output delay and is therefore suitable for signals requiring particularly fast output. The EtherCAT Terminal has a push-pull output that can be actively switched to 24 V, 0 V or high-impedance. The EL2202-0100 contains two channels. LEDs indicate the signal state of each channel.