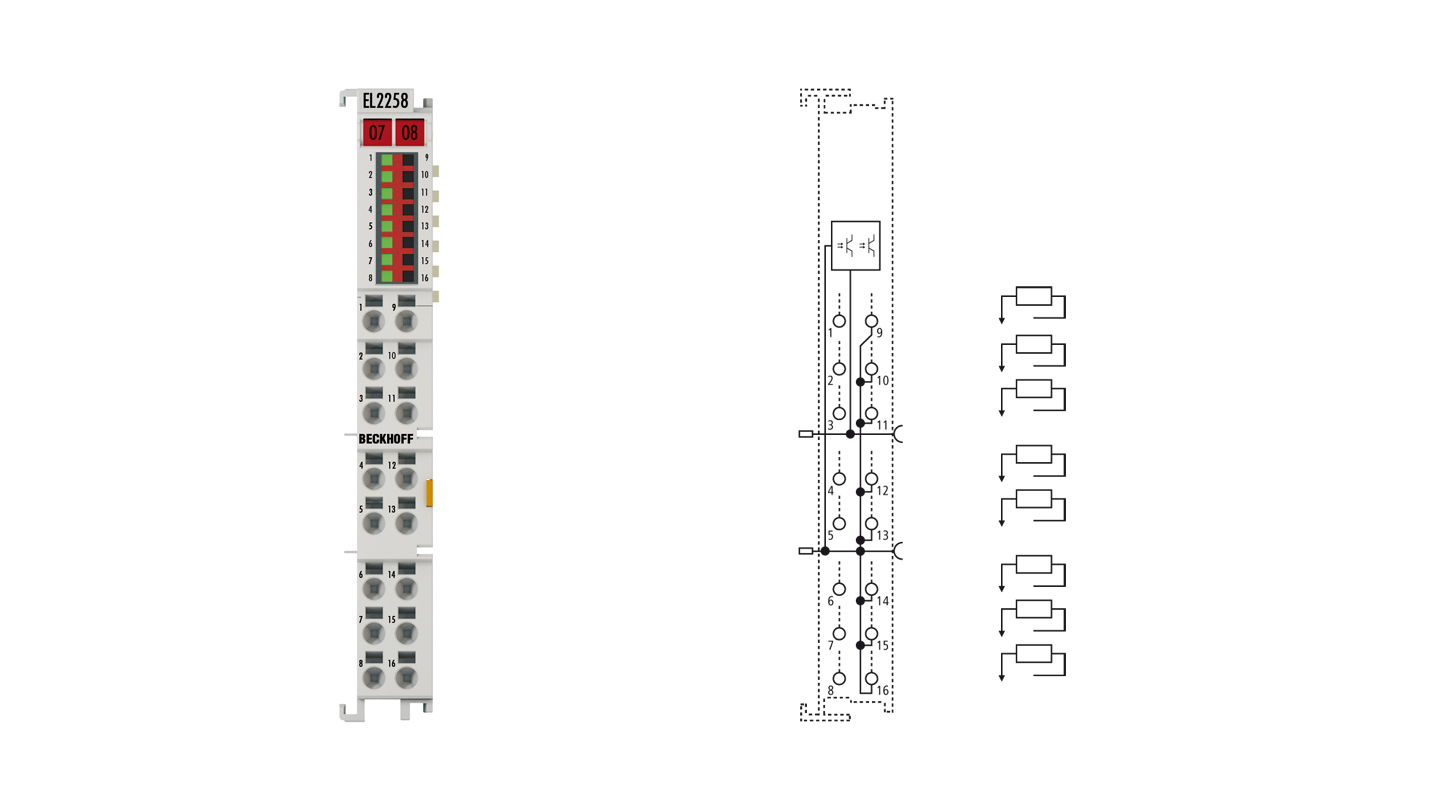 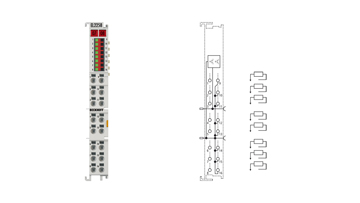 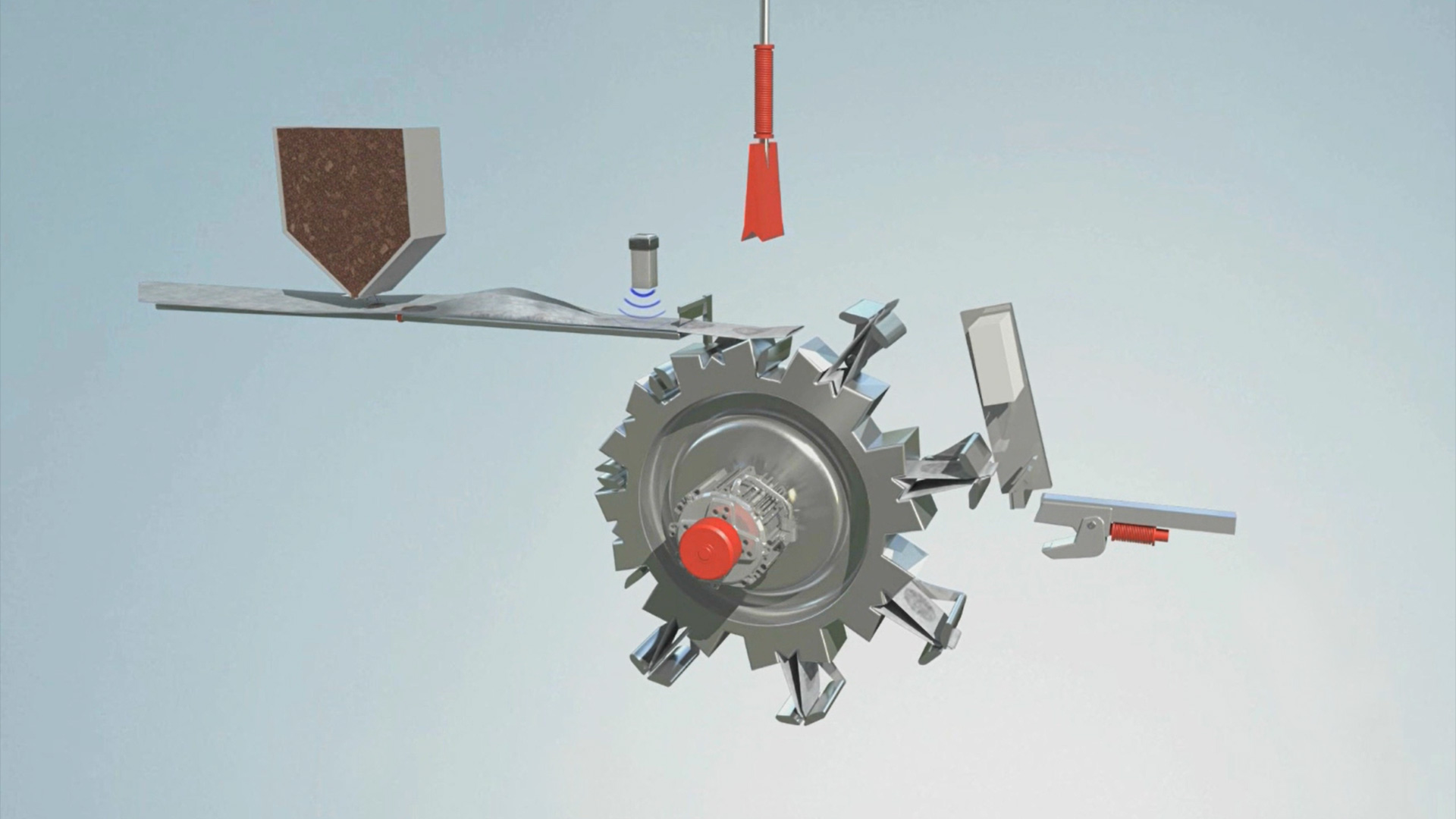 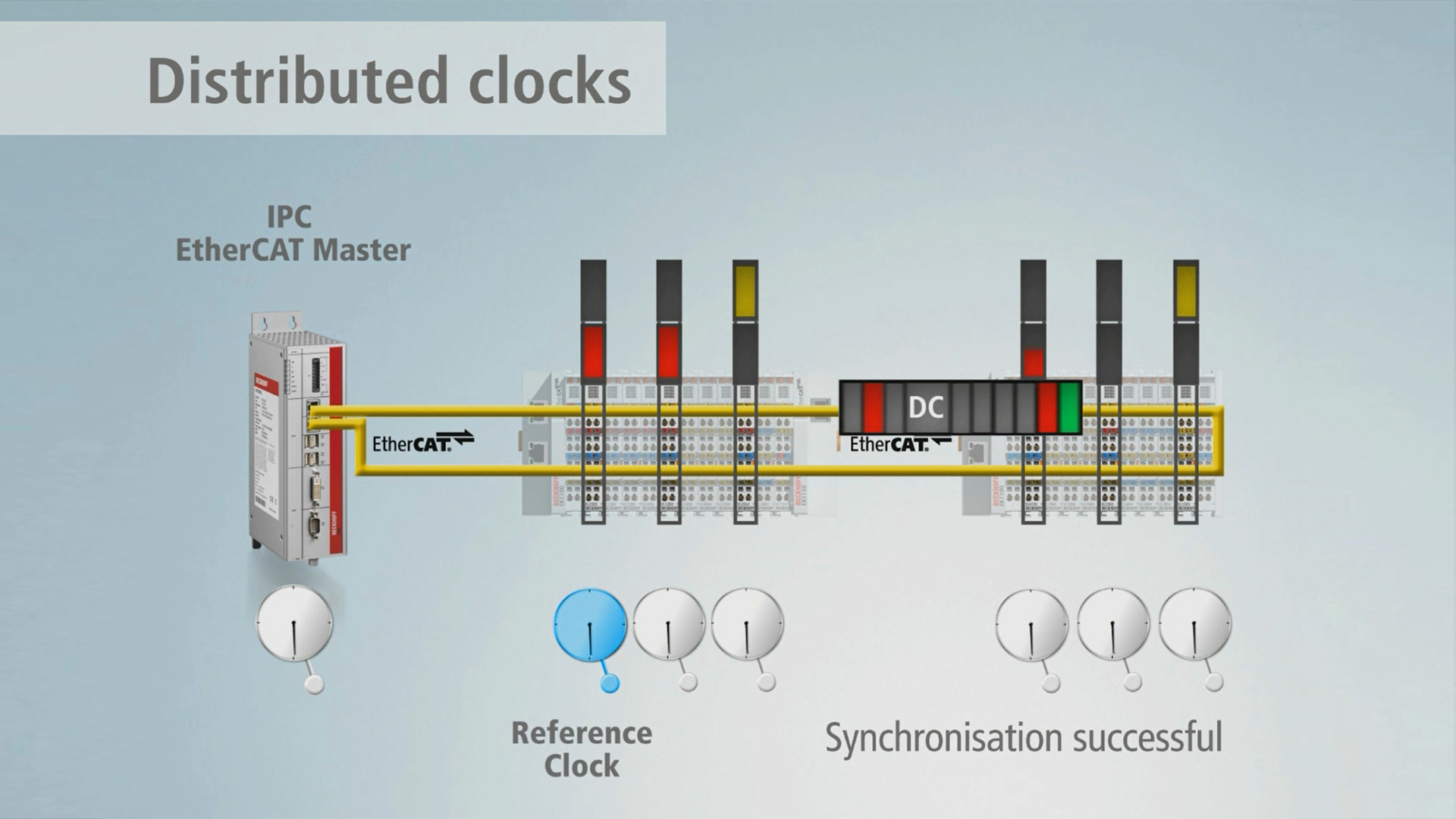 The 8-channel digital output terminal EL2258 connects the binary output signals of the controller at the process level with electrical isolation. As in the EL2252, the outputs of the EL2258 are switched with high precision relative to the transferred time stamp, although there are certain differences in the details: Eight instead of two channels, lower timestamp resolution and auto-activation, which enables consecutive switching tasks in each cycle. The multi-timestamping feature allows each EtherCAT cycle to capture or output as many events per channel as were preloaded in the internal buffer.

The distributed clocks are used as time reference. In conjunction with timestamp input terminals the EL2258 enables responses at equidistant time intervals that are largely independent of the bus cycle time.