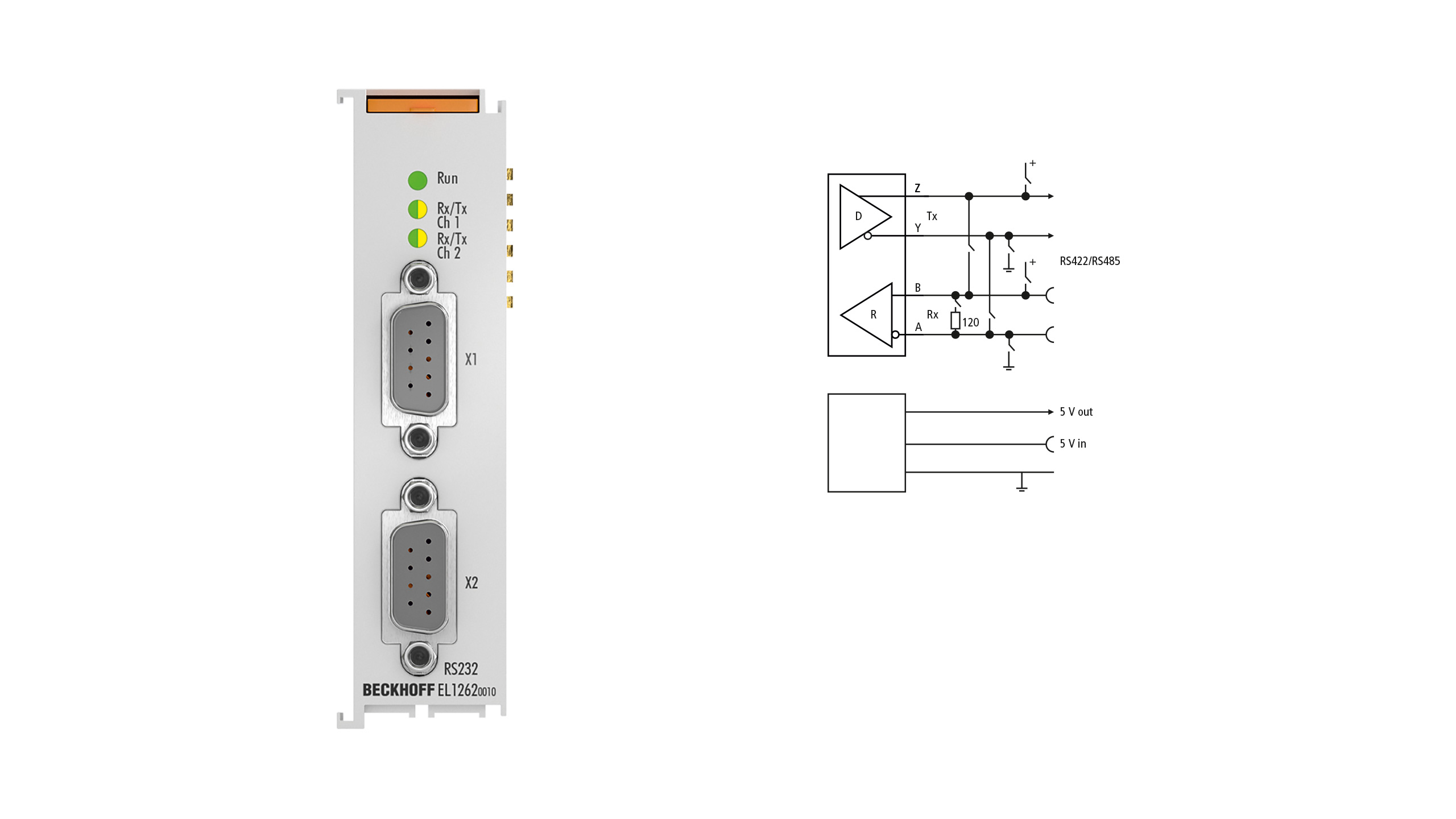 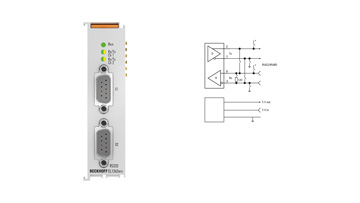 The EL1262-0010 is a universal, high-performance oversampling terminal for input and output signals. It contains two input and two output channels that can all be operated simultaneously at up to 10 Mbit/s. It can thus resolve binary states with up to 100 ns fineness. Electrically it can read and output differential RS422 (full duplex), RS485 (half duplex) as well as 5 V single-ended. Termination and bias are electronically switchable for serial operation. This makes it suitable for the most demanding high-speed applications, e.g. laser control or the emulation and read-along of serial protocols. It thus extends the application range of the previous EL1262/EL2262 with 1 Mbit/s by a factor of 10.

The signals are sampled with a configurable, integer multiple (oversampling factor: n) of the bus cycle frequency (n microcycles per bus cycle). For each bus cycle, the EtherCAT Terminal generates a process data block that is transferred collectively during the next bus cycle. The timebase of the terminal can be synchronized precisely with other EtherCAT devices via distributed clocks. This XFC procedure enables the temporal resolution of the digital input signals to be increased to n times the bus cycle time.