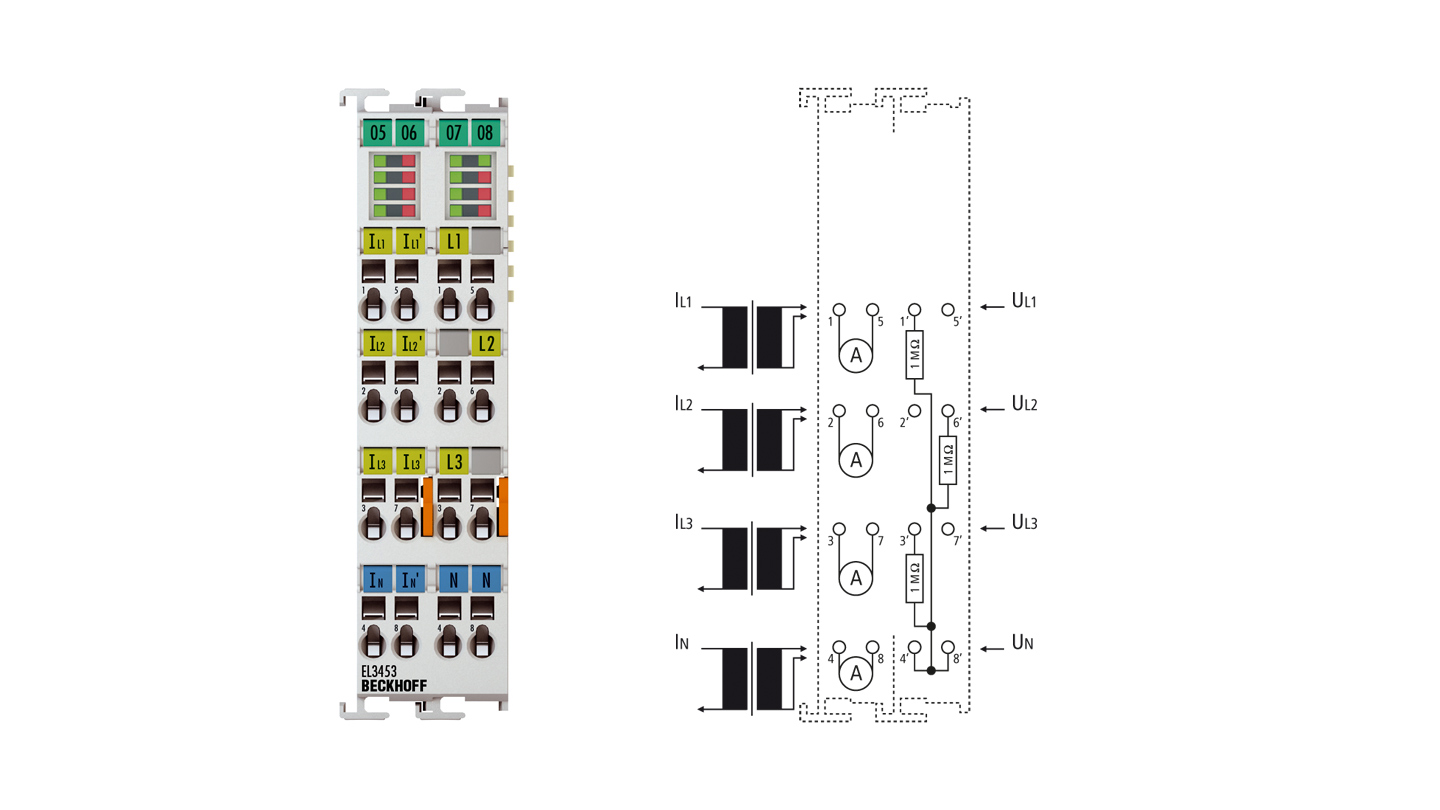 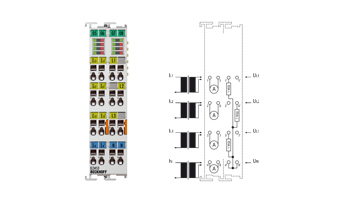 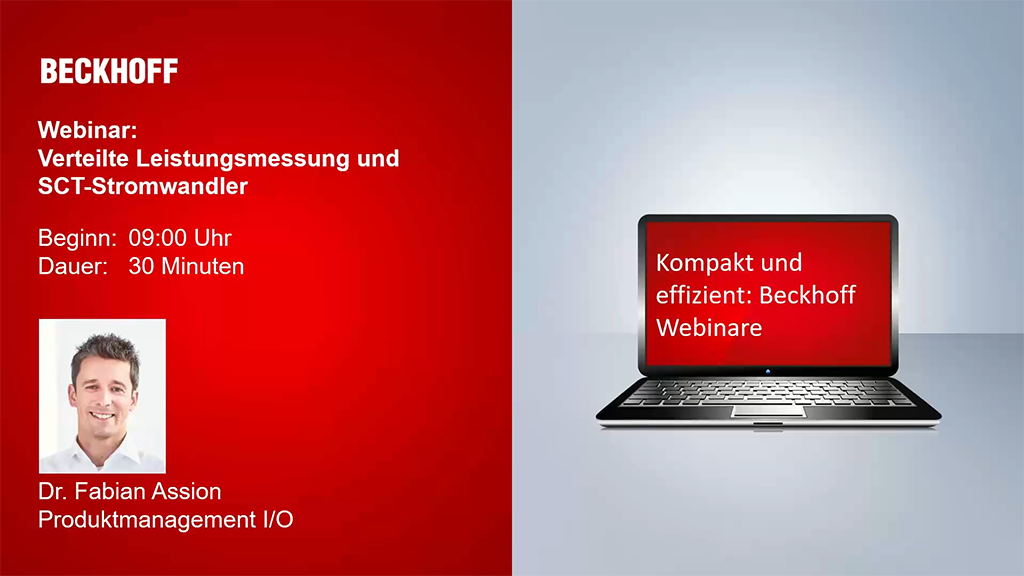 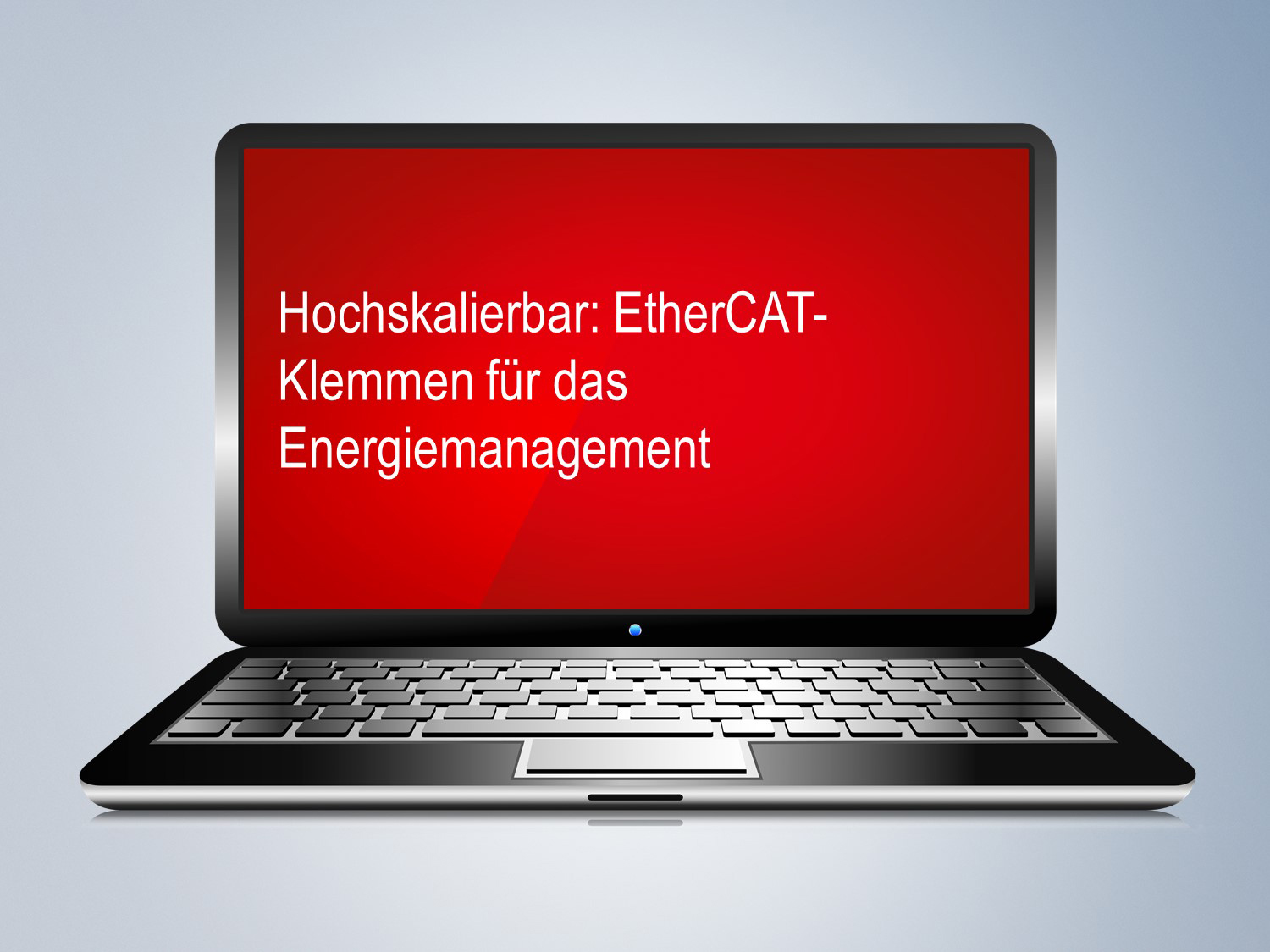 The EL3453 EtherCAT power measurement terminal is an advancement based on the EL3413. With up to 690 V AC, the voltage inputs are optimised for the direct monitoring of high-capacity generators, as in the wind power industry, for example. No upstream voltage transformer is required. The four current inputs are electrically isolated so that the terminal can be used in all common grounded current transformer configurations such as 2- or 3-transformer configurations with star or delta connection incl. neutral conductor current measurement. The EL3453 can be used for simple grid analysis up to the 63rd harmonics analysis. Alternatively, all readings can be combined in a power quality factor for simplified diagnostics. Like all measured terminal data, the harmonic content can be read via the process data. The EL3453 offers the “ExtendedRange” feature enabling the use of the full technical measuring range, which equals 130 % of the specified nominal measuring range.

In addition, the EL3453 comes with the option of transmitting the times of the last voltage and current zero crossing to the controller via XFC technology. This can be used, for example, to carry out switching operations to suit the application.