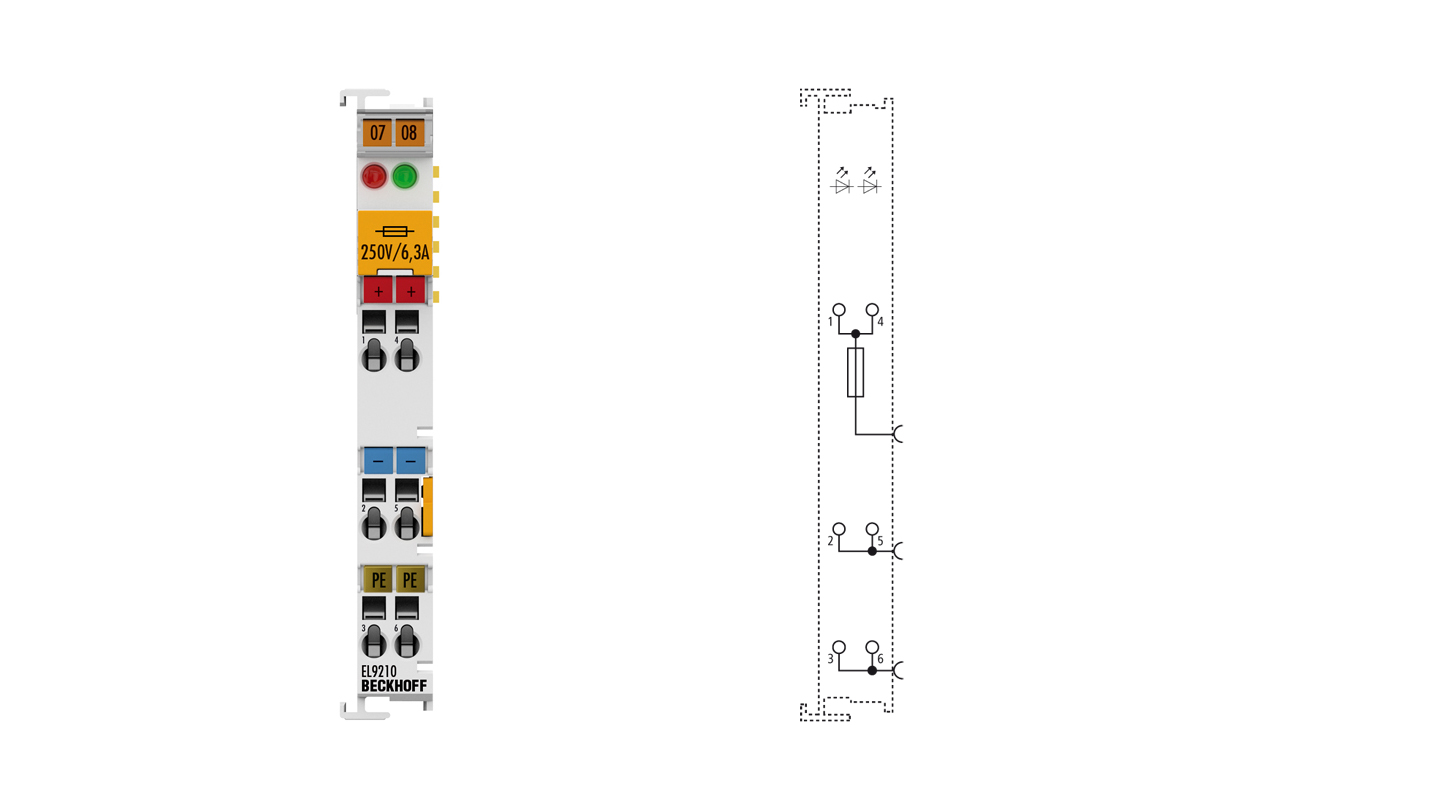 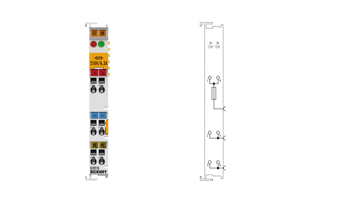 The EL9210 potential feed terminal with fuse and diagnostics enables the setup of different potential groups with a fused standard voltage of 24 V DC. The supply voltage is taken up via the front terminal contacts, fused and passed through to the adjacent terminals via the internal power contacts. The fuse is a 6.3 A fuse, which can be replaced at the front.

To monitor the supply voltage, the terminal reports the status of the feed terminal to the EtherCAT coupler via two input bits. A Power LED and an Error LED indicate the operating state.