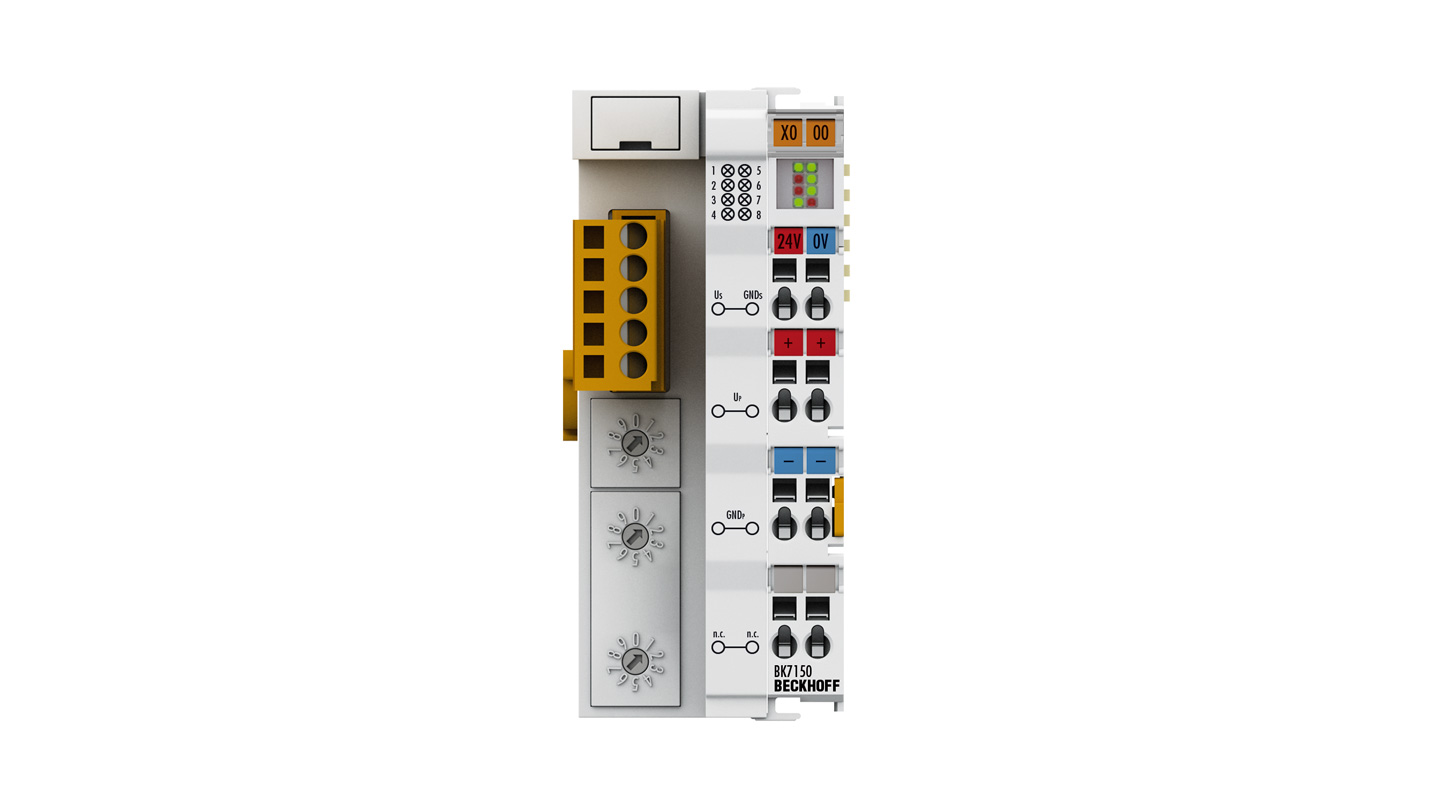 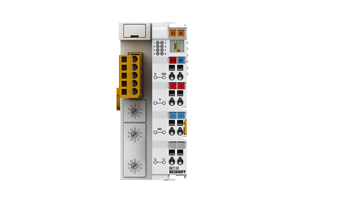 The Compact Bus Coupler BK7150 connects the CC-Link system to the electronic terminal blocks, which can be extended in modular fashion. One unit consists of the Bus Coupler, any number of up to 64 terminals and one end terminal. The K-bus extension technology allows the connection of up to 255 spatially distributed Bus Terminals to one Bus Coupler.

The Bus Coupler recognizes the connected terminals and automatically generates the affiliations of the inputs/outputs to the bytes of the process image. The first input/output signal is inserted in the first bit of one byte (LSB), beginning from the left. The Bus Coupler inserts further signals in this byte. Inputs and outputs are clearly separated. The Bus Coupler automatically begins a further byte if the number of controller inputs or outputs exceeds 8 bits.

CC-Link is an open fieldbus system. Baud rates up to 10 Mbaud can be selected via a switch, so that the transfer speed can be adapted to the requirement of the technical process.