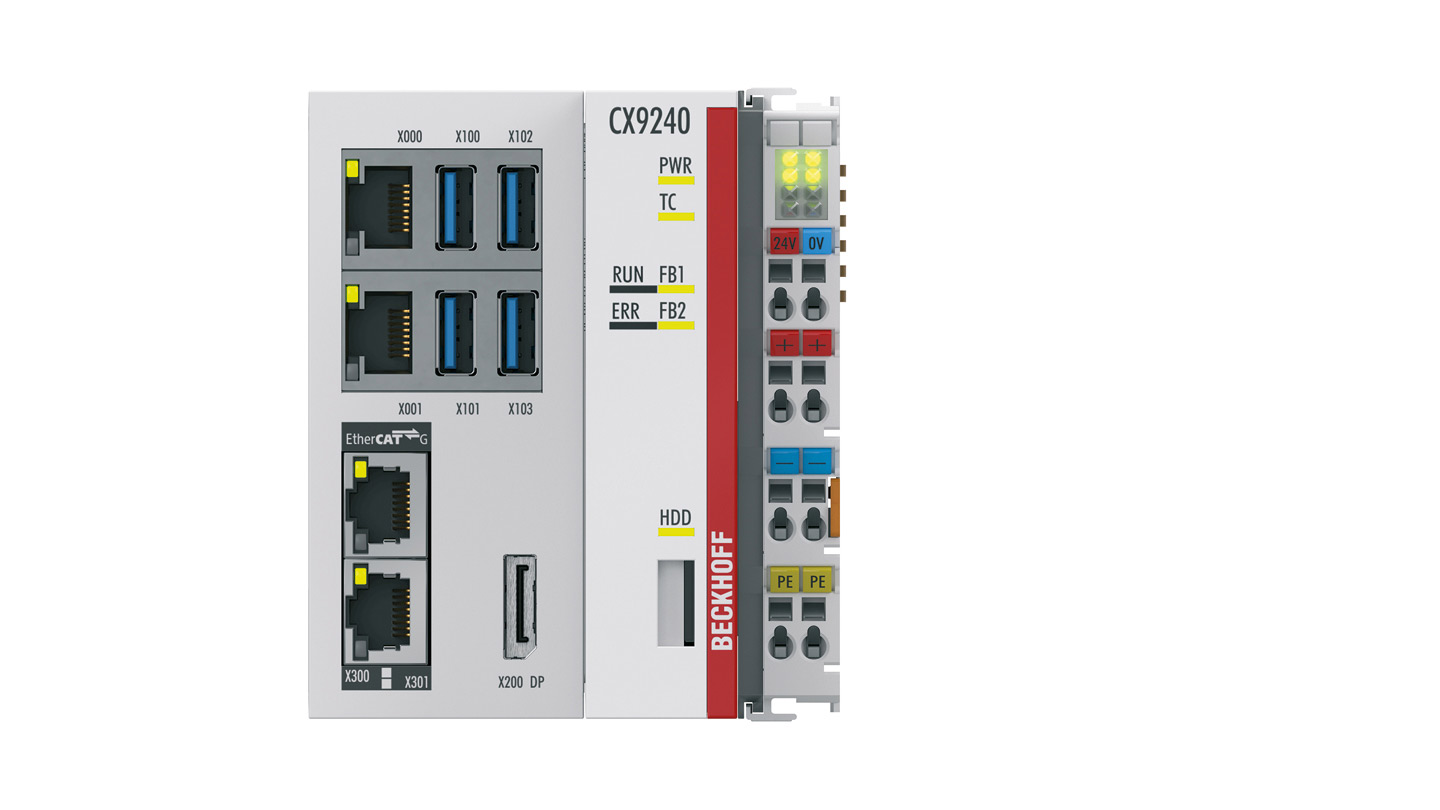 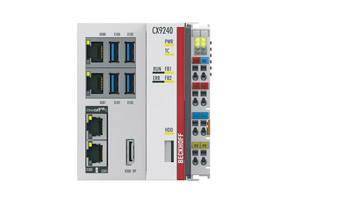 The CX9240 Embedded PC is a compact, DIN rail-mountable Ethernet control system with a 1.2 GHz ARM Cortex™-A53 CPU. It represents a further development of the existing CX9020 and relies on a faster CPU with four cores and a modern 64 bit architecture. The multi-core CPU allows PLC projects to be distributed to several cores for significantly enhanced performance.

The CX9240 features two independent 1 Gbit Ethernet interfaces, which enable significantly higher transfer rates compared to its predecessor. The main memory comprises 2 GB LPDDR4 RAM, which doubles the capacity of the compact controller and, together with the more modern CPU and the same low power consumption, opens up new application areas and possibilities for the CX9240.

The main features of the CX9240 device series include:

Further standard features of the CX9240 include four USB 3.0 interfaces, a DisplayPort, and a multi-option interface that can be flexibly assigned ex factory – for example, with a serial port or a fieldbus connection.

The boot and storage medium is an interchangeable, industry-standard microSD card, which can be accessed via a slot on the front of the housing. This is used to store not only the operating system, but also TwinCAT and user projects. The use of TwinCAT/BSD offers a comprehensive, secure multi-user operating system.

The TwinCAT automation software transforms the CX9240 system into a high-performance PLC and motion control system that can be operated with or without visualization. Optionally, the unit can be ordered with a fieldbus or serial interface.

The connection for the Beckhoff I/O systems is directly integrated into the CPU module. The device offers automatic bus system identification (E-bus or K-bus) and switches to the corresponding mode. The extended operating temperature range between -25°C and +60°C allows it to be used even in climatically demanding situations.