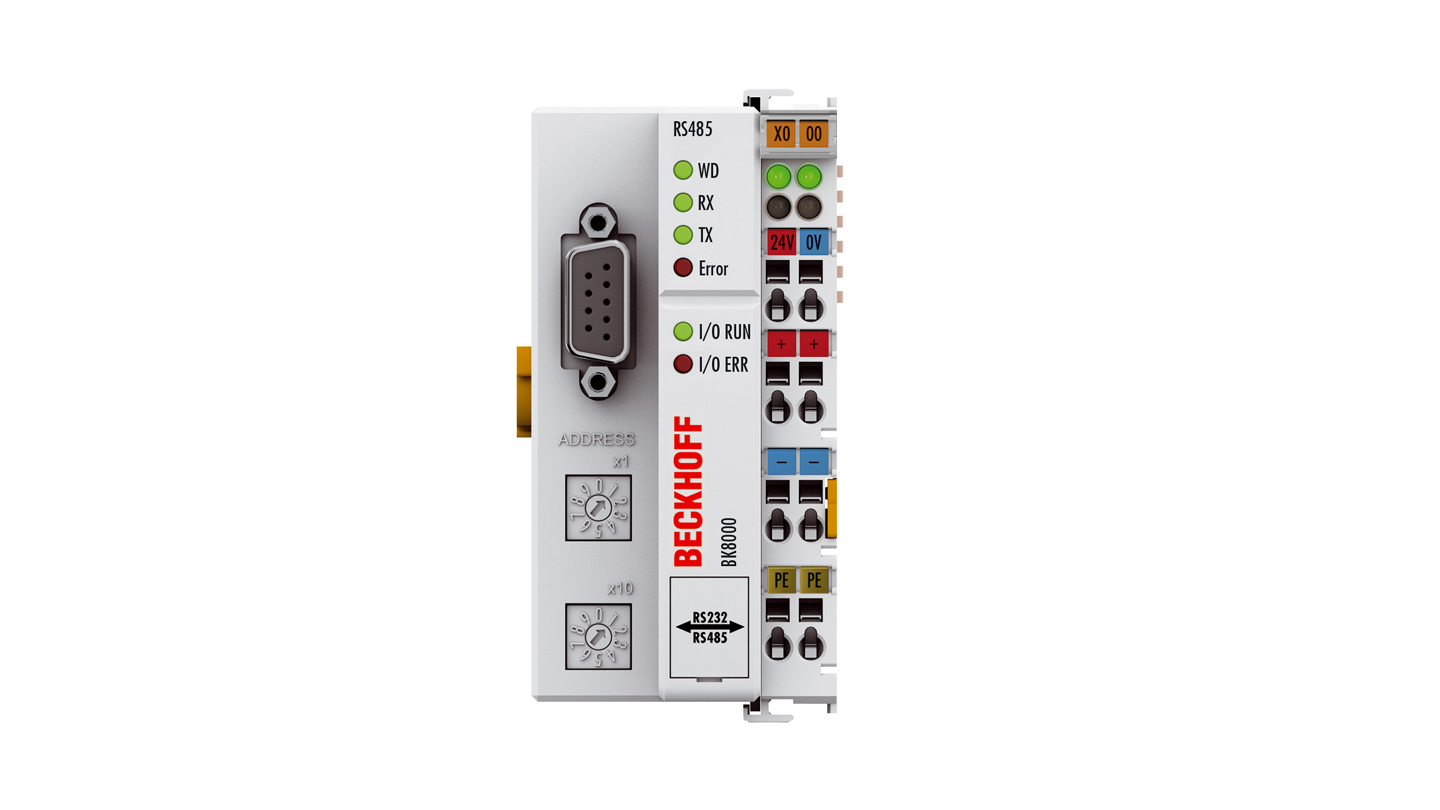 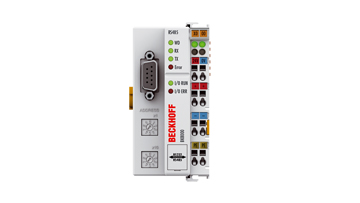 The BK8000 Bus Coupler usess the physics of the RS485 (V.24) specification for data transmission. Application of the Bus Coupler with a serial interface is suited to those cases in which the use of a fieldbus system can be omitted. The RS485 interface can be used by any automation device with the corresponding interface to gain access to the Bus Coupler. Data exchange is made via an open, documented protocol.

The BK8000 Bus Coupler communicates via an RS485 interface. This permits a bus to be constructed with up to 99 participating devices (addresses can be set with an address selector).