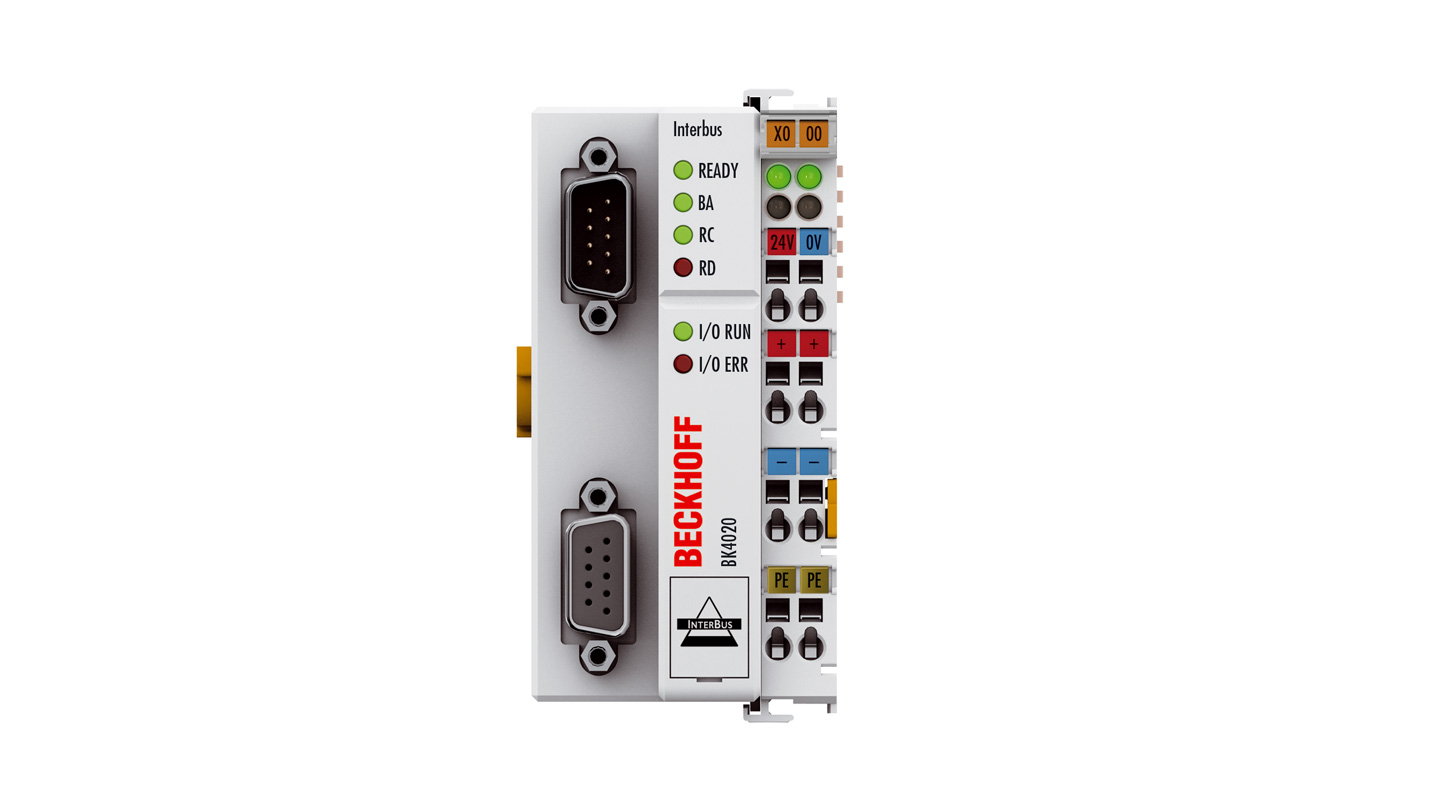 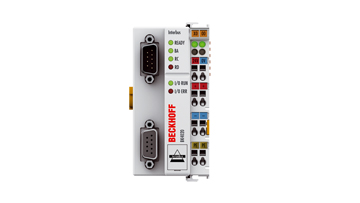 The BK4020 Economy plus Bus Coupler connects the Interbus bus system to the electronic terminal blocks, which can be extended in modular fashion. One unit consists of one Bus Coupler, any number of up to 64 terminals and one end terminal.

With the K-bus extension technology, the BK4020 allows the connection of up to 255 spatially distributed Bus Terminals to one Bus Coupler. The Economy plus coupler supports all Beckhoff system Bus Terminals and can process 512 bit digital inputs and outputs per slave. The number of analog channels is limited by the Interbus protocol to a maximum of 32 input and 32 output channels. The transmission rate is 500 kbaud. Slave devices can be spaced up to 400 m from each other as the fieldbus interface acts as repeater. The overall length of an Interbus ring is limited to 13 km.