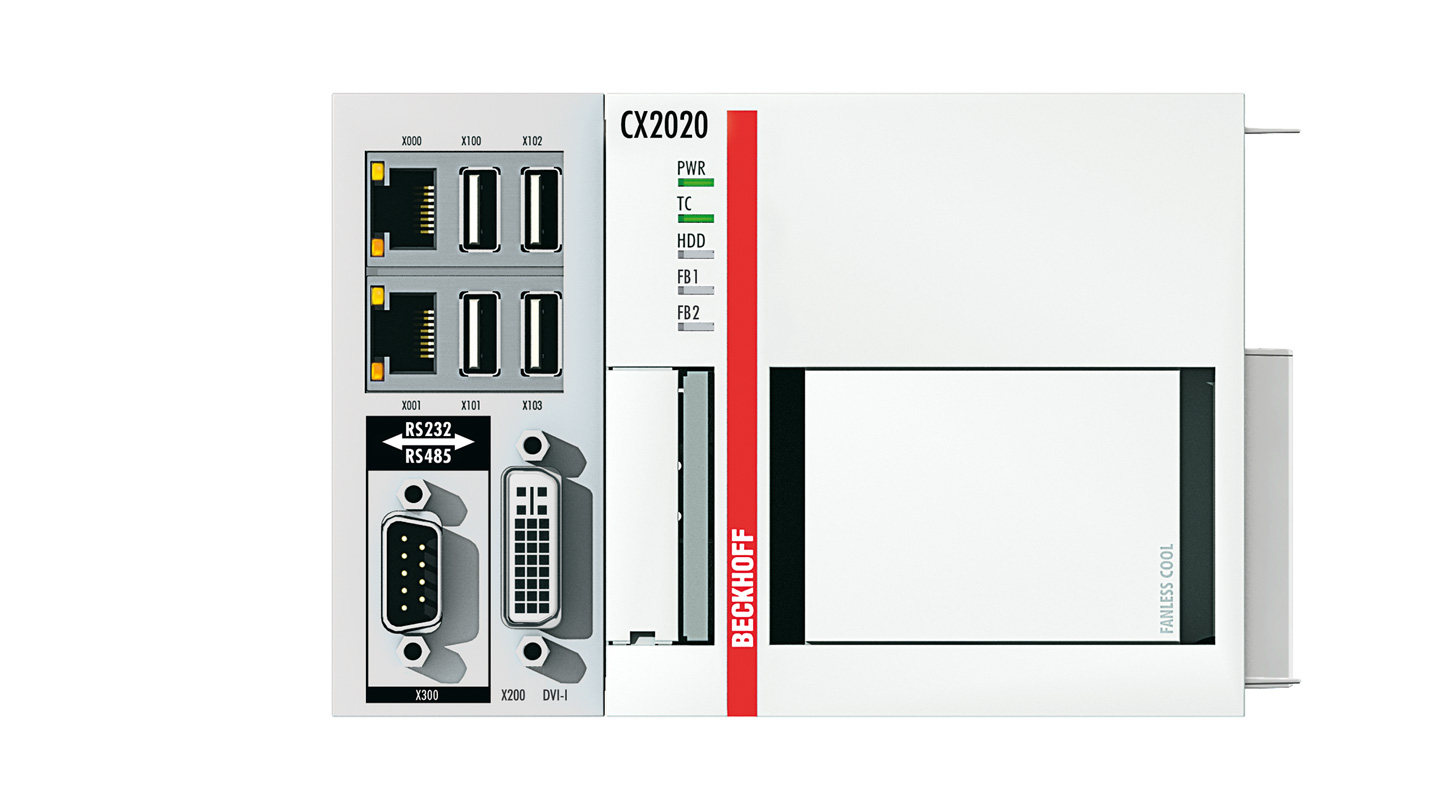 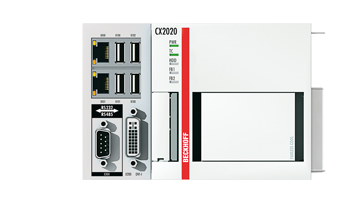 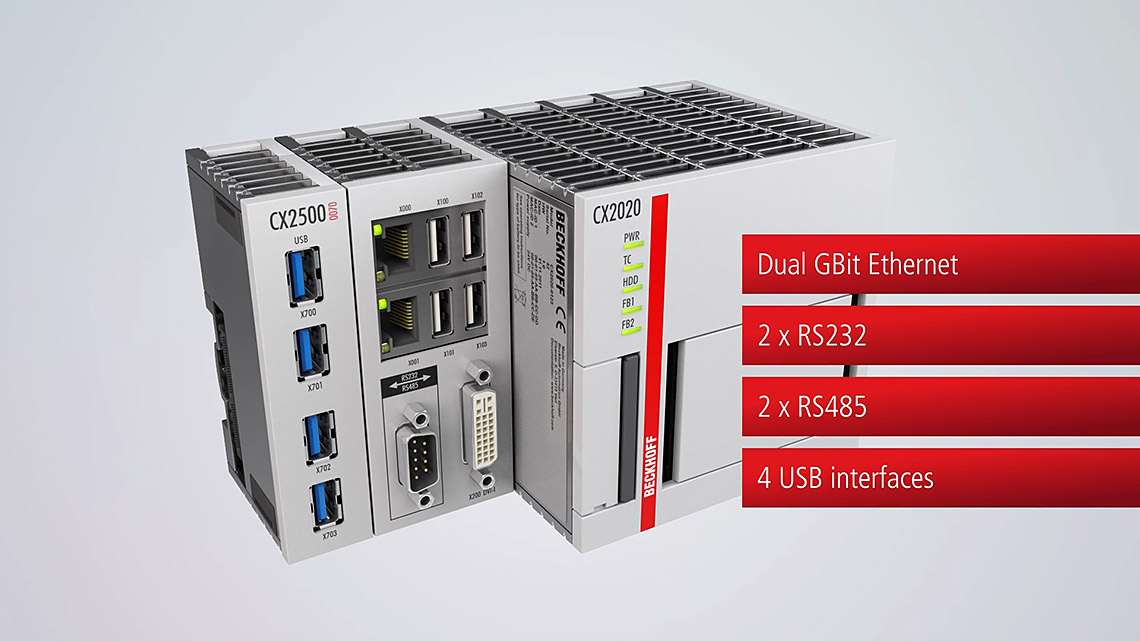 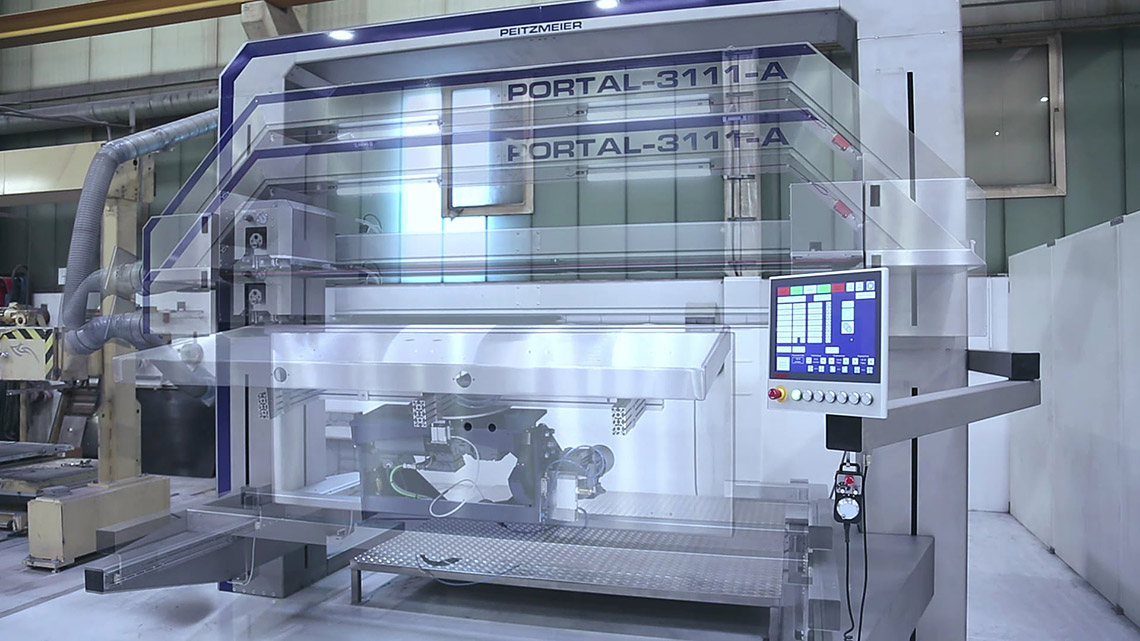 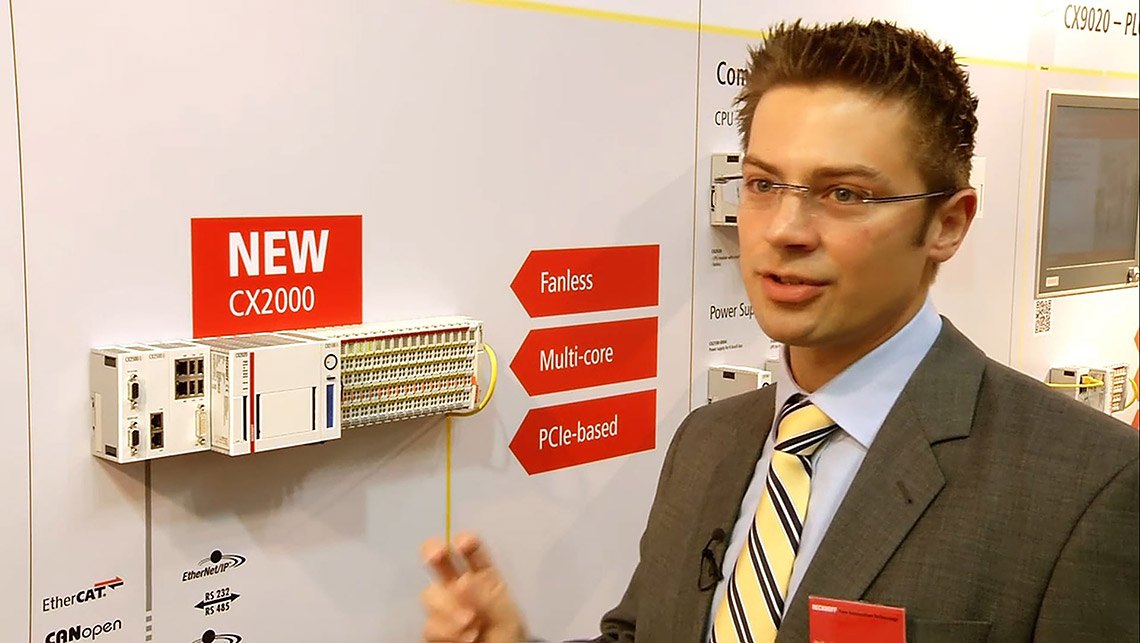 The CX2020 has a 1.4 GHz Intel® Celeron® CPU, it is fanless and has no rotating components. In addition to the CPU and chipset, the CX2020 also contains the main memory with 2 GB RAM as standard. 4 GB is possible as an option. The controller boots from the CFast flash memory card.

The unit can optionally be ordered with a fieldbus or serial interface. Other components from the CX2000 family can be connected via the multi-pin terminals on either side. The operating system is Microsoft Windows Embedded Compact 7, Windows Embedded Standard 7 P or Windows 10 IoT Enterprise 2016 LTSB. TwinCAT automation software transforms a CX2020 system into a powerful PLC and motion control system that can be operated with or without visualization. Due to its high-performance the CX2020 can be used for interpolating 3-D path movements with TwinCAT NC I.