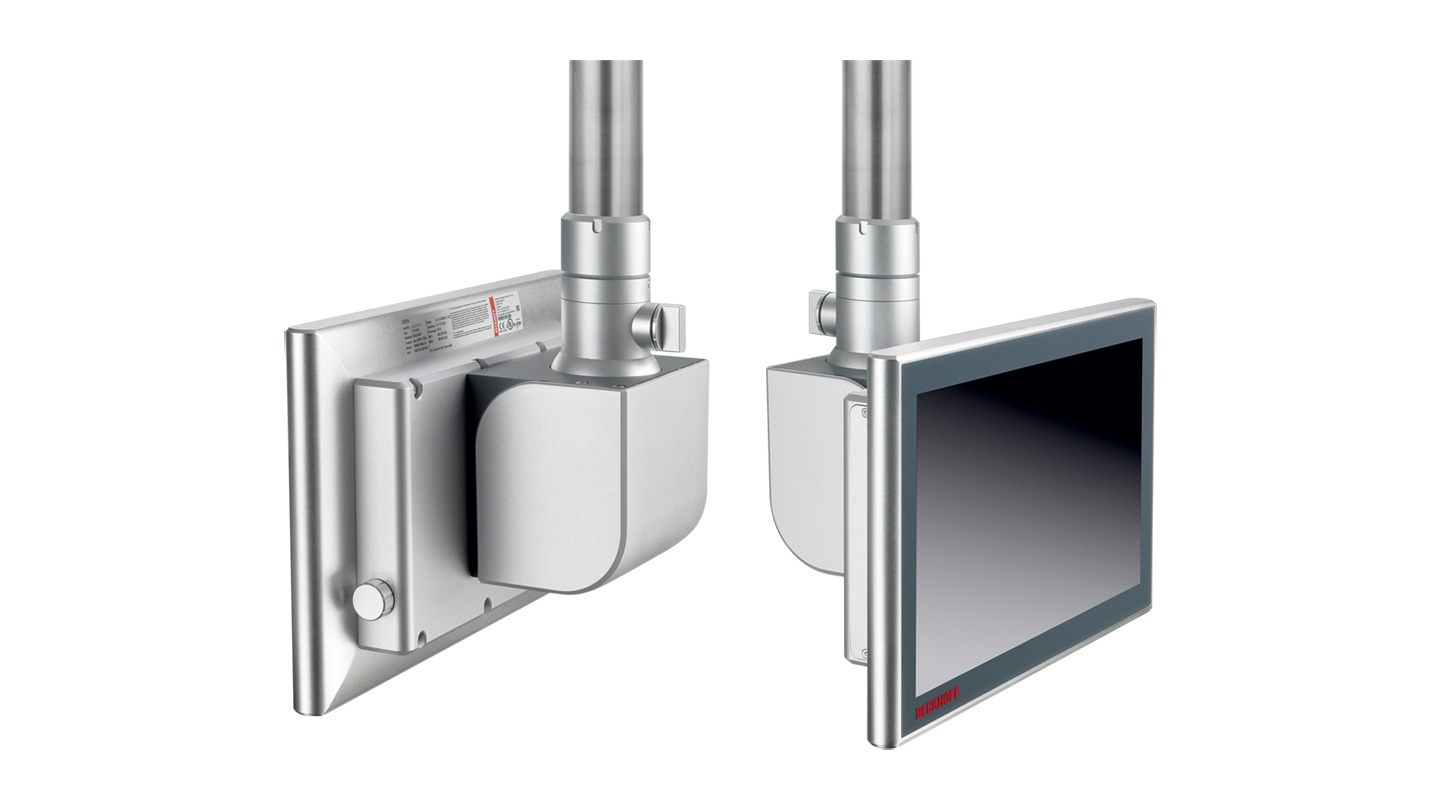 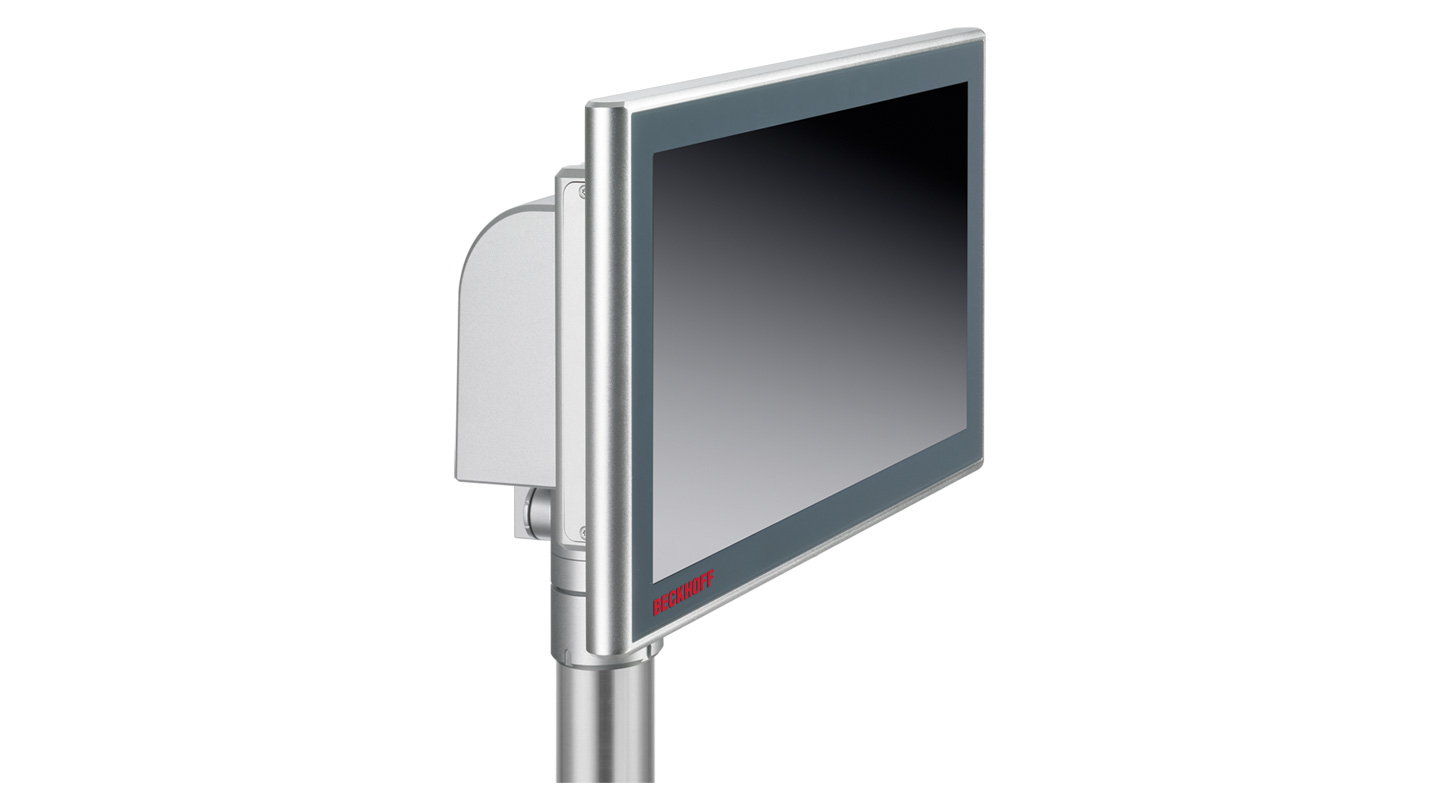 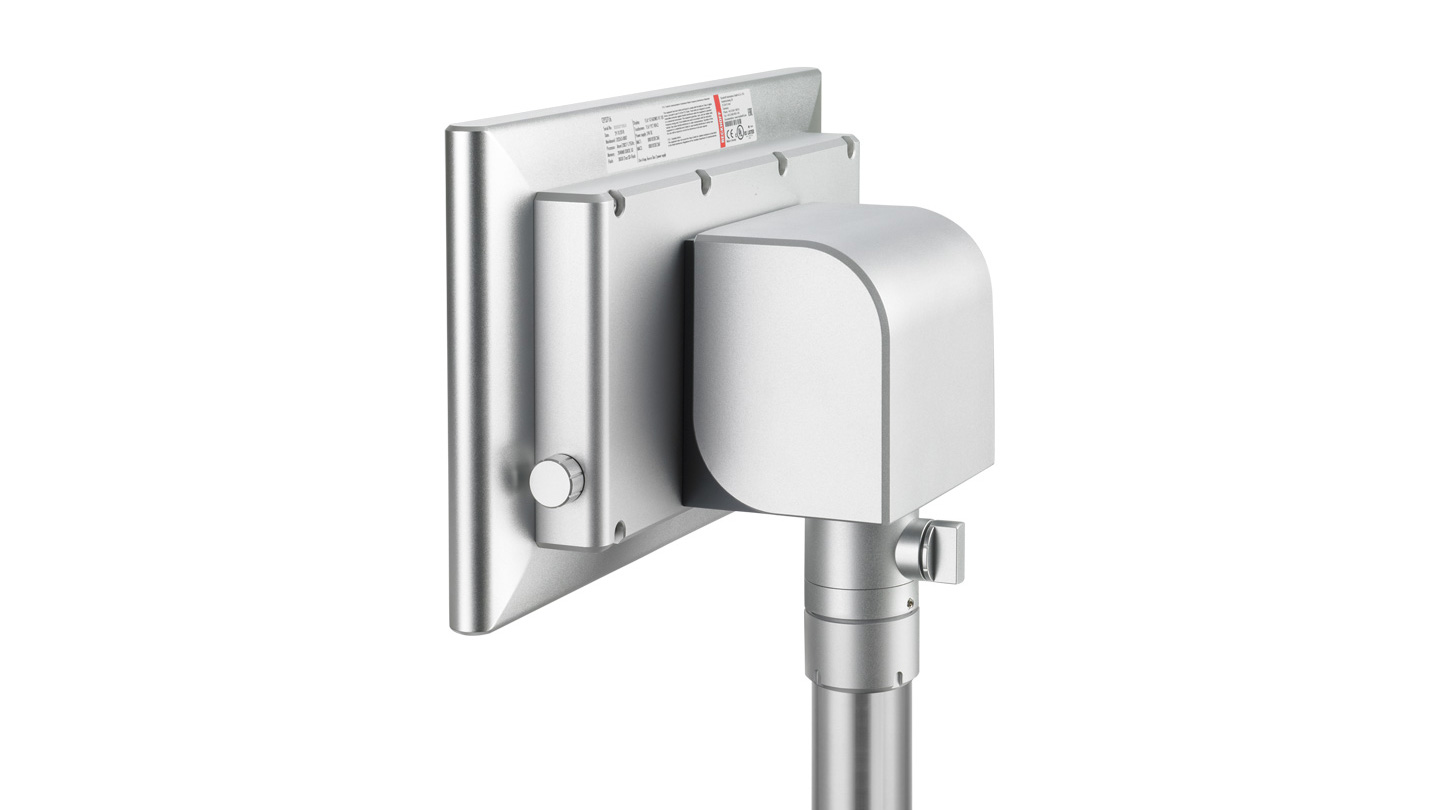 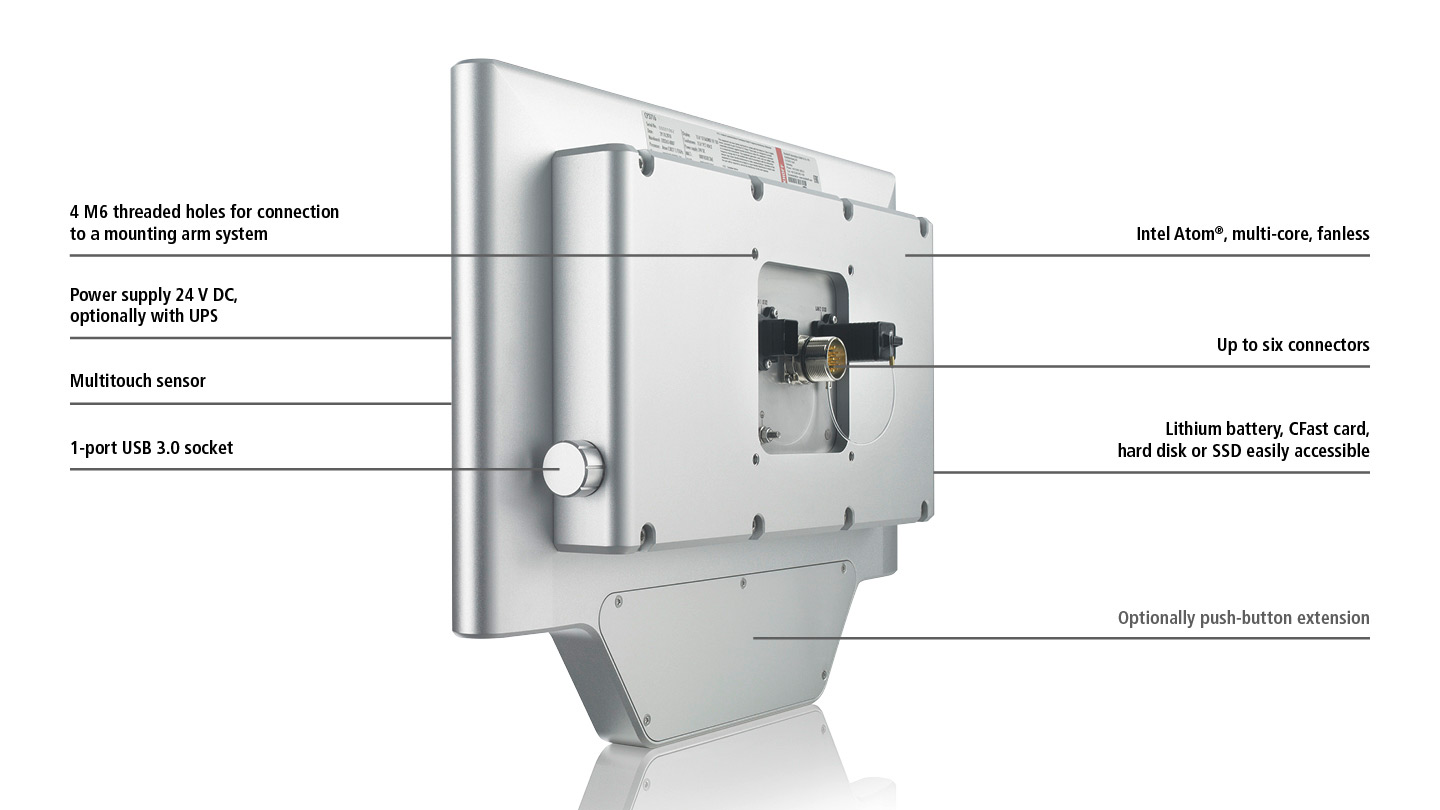 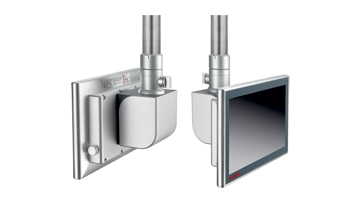 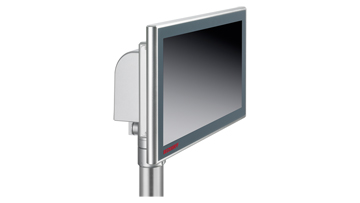 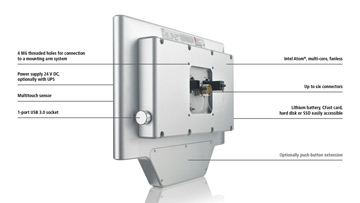 Multi-touch can be used directly in the field with the CP37xx-1600 Panel PC series. The devices in robust aluminum housing feature complete IP 65 protection and are designed for mounting arm installation. Equipped with Intel Atom® processors with up to four cores, the Panel PCs offer high computing power. There is a choice of six different multi-touch TFT displays from 15 to 24-inch, in the formats 4:3, 5:4, and widescreen 16:9. Cooling is entirely passive and takes place via the external panel of the closed housing. The PC can be operated at an ambient temperature of up to 45 °C.

In parallel with the CP37xx device series with integrated mounting arm adapter, the CP37xx-1600 series offers the option of freely selecting a mounting arm adapter. The optionally available C9900-M763 mounting arm adapter, which can be mounted from top to bottom by the customer, is fastened with four M6 screws to the 100 x 100 mm mounting face. Like the Beckhoff Control Panels, it is thus possible to adapt to a 48 mm mounting arm system. Without the rotating and tilting adapter, the multi-touch Panel PC can also be mounted flexibly in the connection area. On the underside of the panel there are three threaded holes to allow the mounting/retrofitting of mechanical extensions such as keyboard shelves or a handle.

The up to six connections of the Industrial PC are arranged with IP 65 connectors in the connection compartment, where they are easily accessible. Prefabricated cables in various lengths are available for all connections. The CP37xx-1600 is already equipped ex factory with a USB 3.0 socket on the side panel.

The Panel PCs from the CP37xx-1600 series have a hard disk, SSD or CFast card.

The data carriers and the lithium battery for the system clock are accessible from the housing side under a cover.