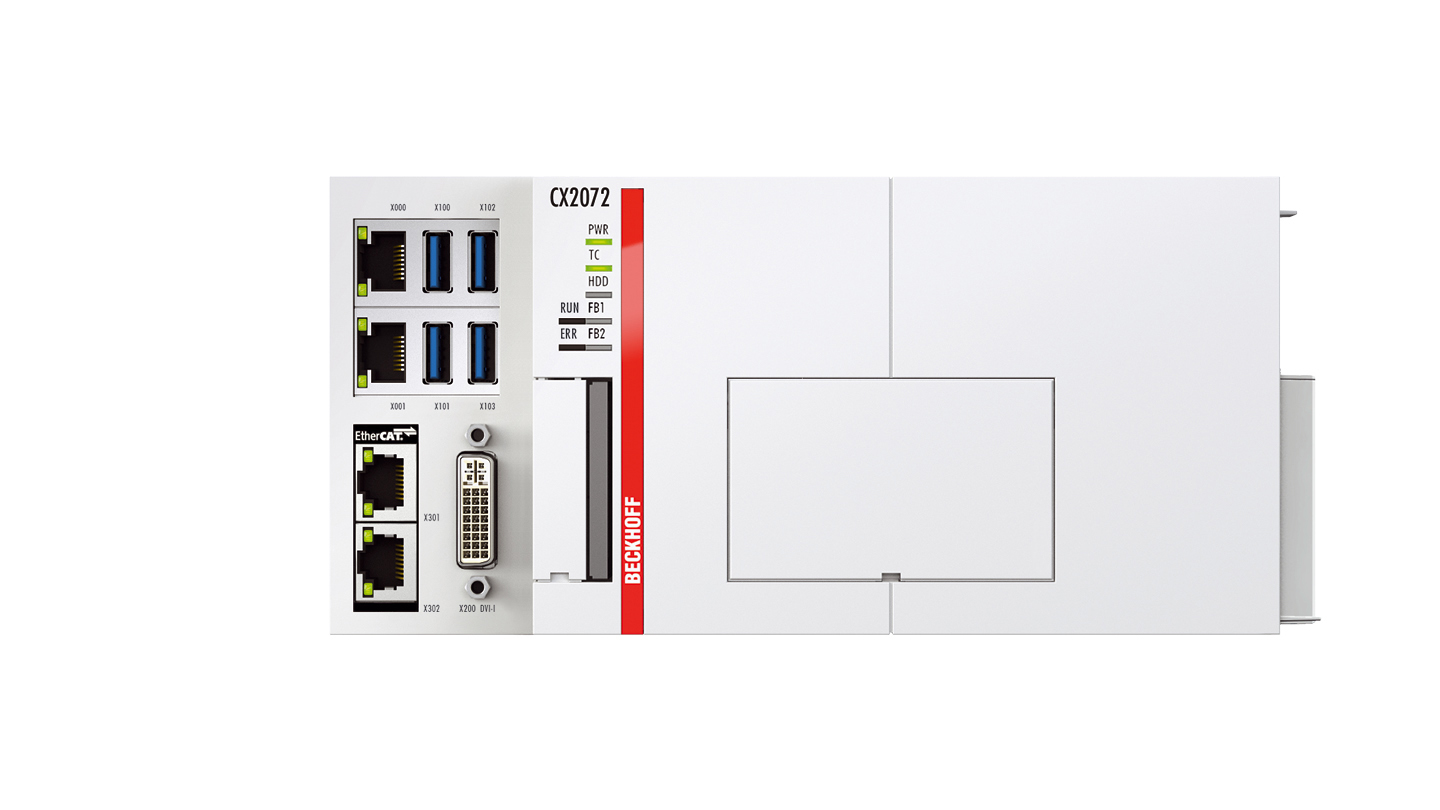 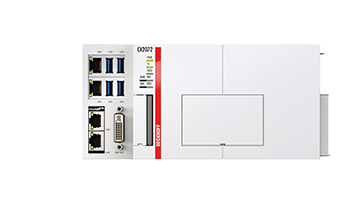 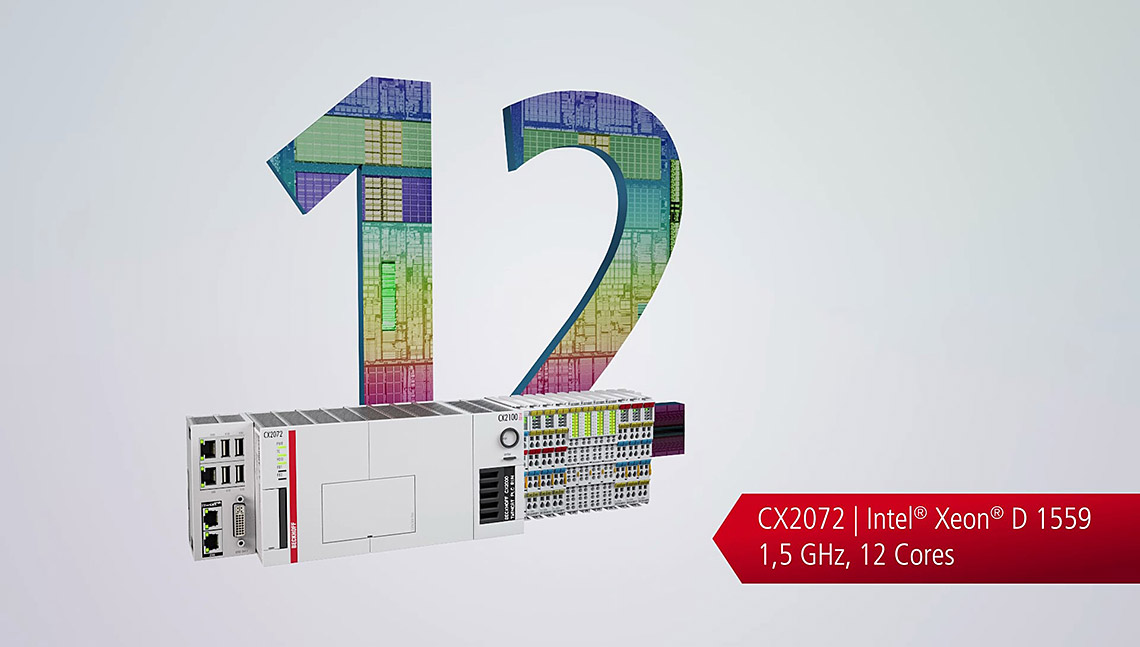 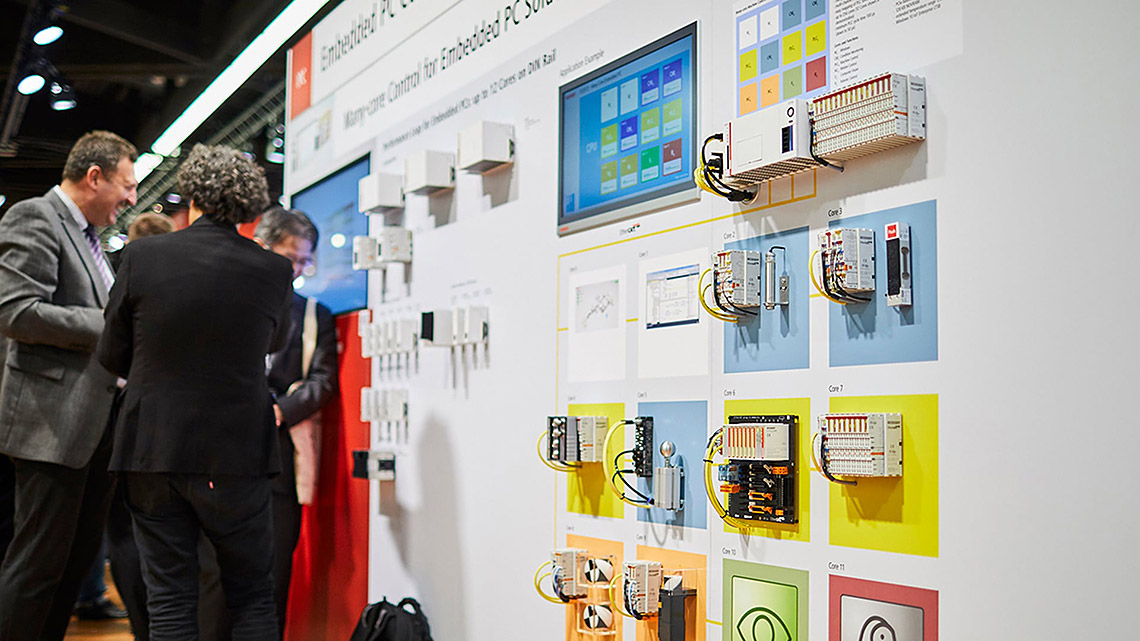 The CX2072 has an Intel® Xeon® CPU with a clock rate of 2.1 GHz (12 cores). A fan with ball bearings and speed monitoring is integrated into the basic CPU module. In addition to the CPU, the basic module also contains the main memory with a size of 8 GB RAM, optionally available with up to 64 GB. The controller boots from a CFast flash memory card where both the operating system as well as user programs and data are stored.

The use of TwinCAT 3 allows automation tasks to be distributed across the various cores of the Intel® Xeon® CPU.

The link was copied to the clipboard.
U bent met succes ingelogd bij myBeckhoff.