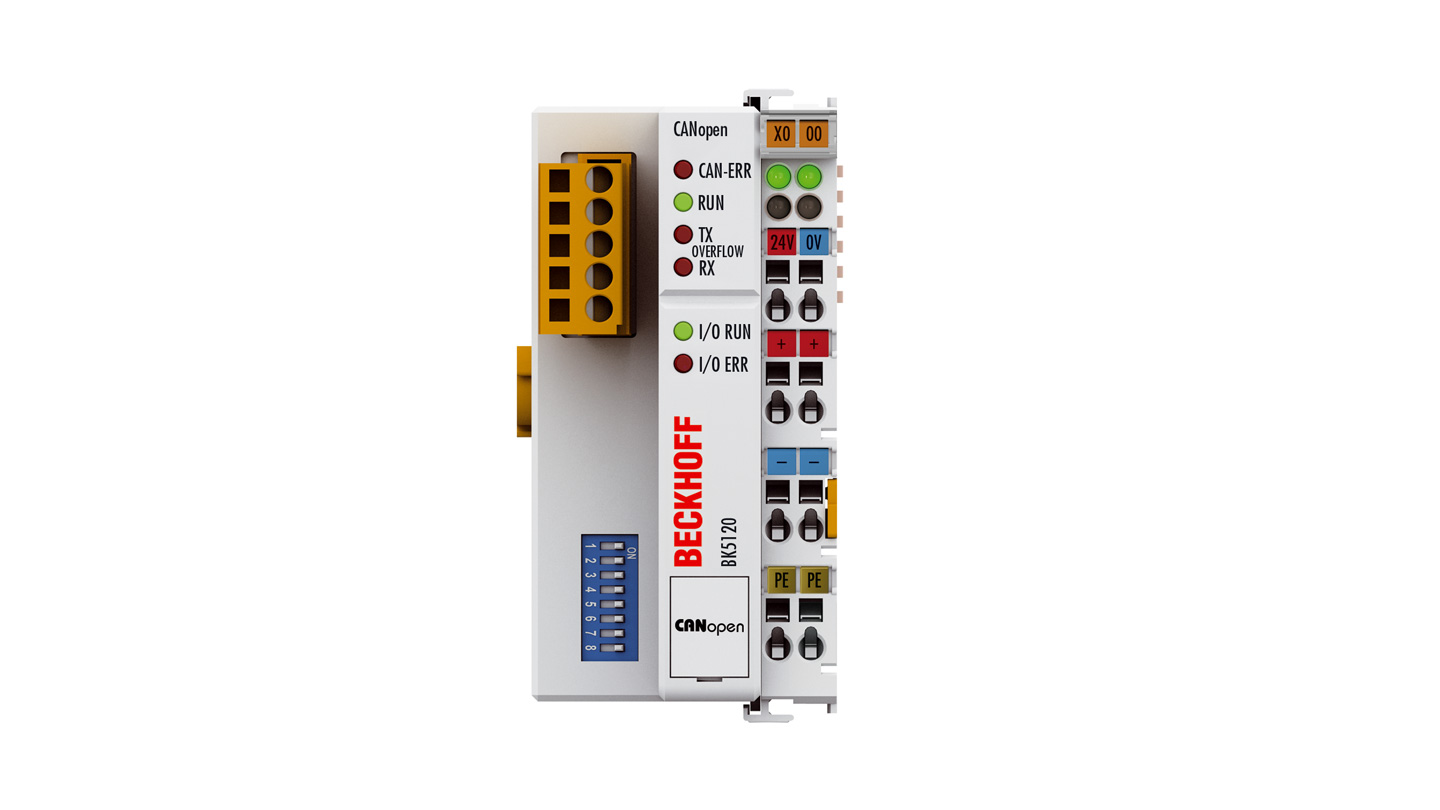 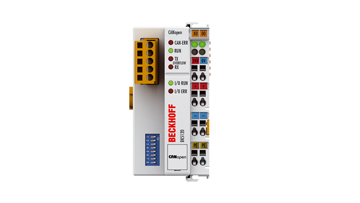 The BK5120 Economy plus Bus Coupler connects the CAN bus system to the electronic terminal blocks, which can be extended in modular fashion. One unit consists of one Bus Coupler, any number of up to 64 terminals and one end terminal. With the K-bus extension technology, the BK5120 allows the connection of up to 255 spatially distributed Bus Terminals to one Bus Coupler.

The Bus Coupler works on the CAN protocol basis as defined in ISO 11898. In addition to network services, CANopen also determines the data allocation for automation systems applications and has established itself as an open CAN application layer. The Bus Coupler supports all types of CANopen communications and can also be used without difficulty in manufacturer-specific CAN environments due to the simple structure of this protocol definition. The firmware can be updated via the configuration interface.

Parameterizing can also be carried out using any CANopen configuration tools. For this, EDS data files are available, which describe all the setting options for the CANopen coupler. For most applications, however, no configuration is necessary, as CANopen provides practical default values for all parameters.