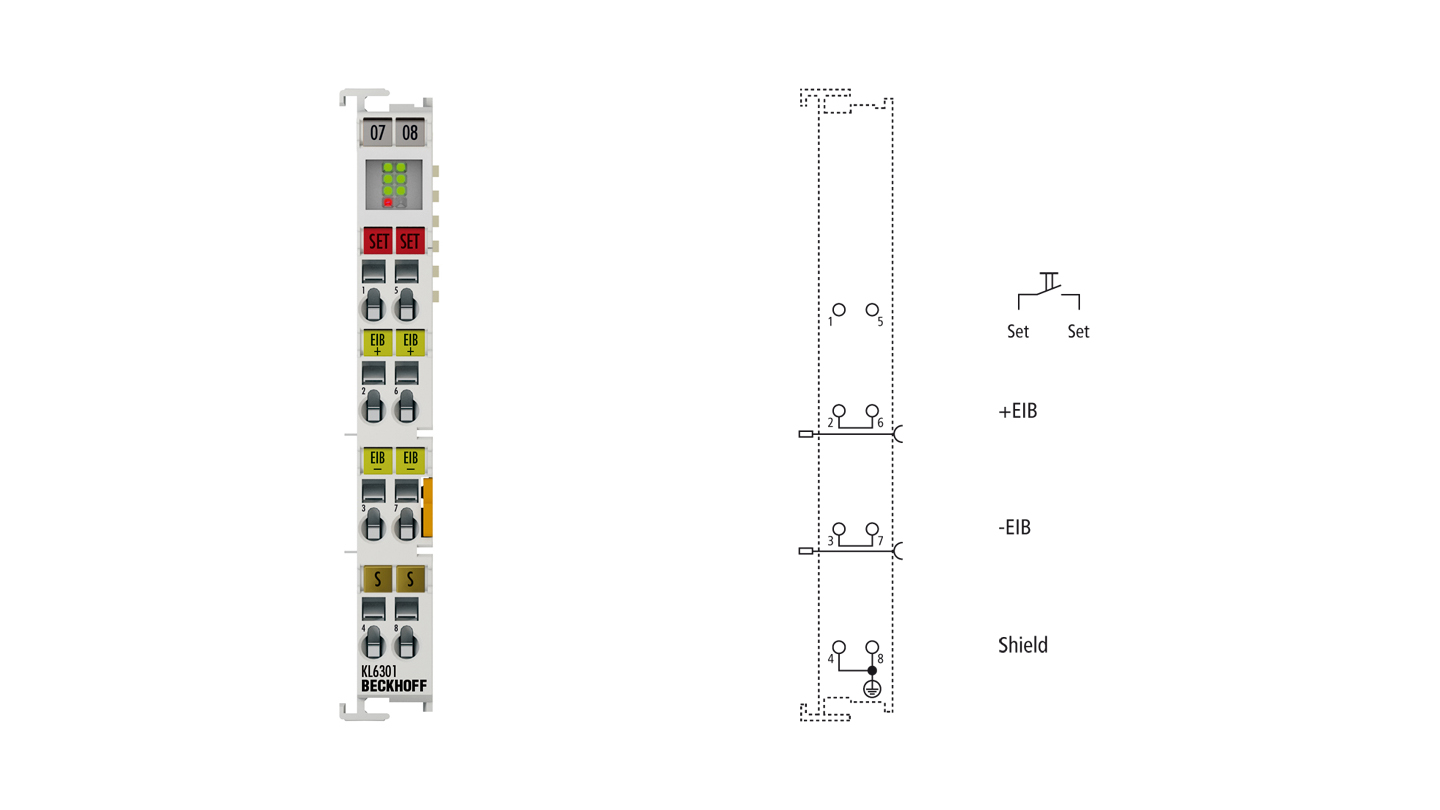 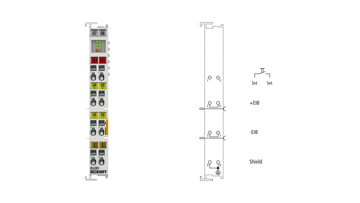 The KL6301 KNX/EIB Bus Terminal is integrated in an KNX/EIB network and can receive/transmit data from/to other KNX/EIB devices. Due to the integration in the Bus Terminal system, KNX/EIB components can also be integrated in higher-level bus systems such as Ethernet. The Bus Terminal is commissioned or configured via TwinCAT function blocks. Status LEDs directly indicate the bus status. The KNX/EIB terminal operates independent of the bus system used. Several KL6301 can be used with a single Bus Coupler or a Bus Terminal Controller. Up to 256 group addresses can be received; sending is only limited by the application.