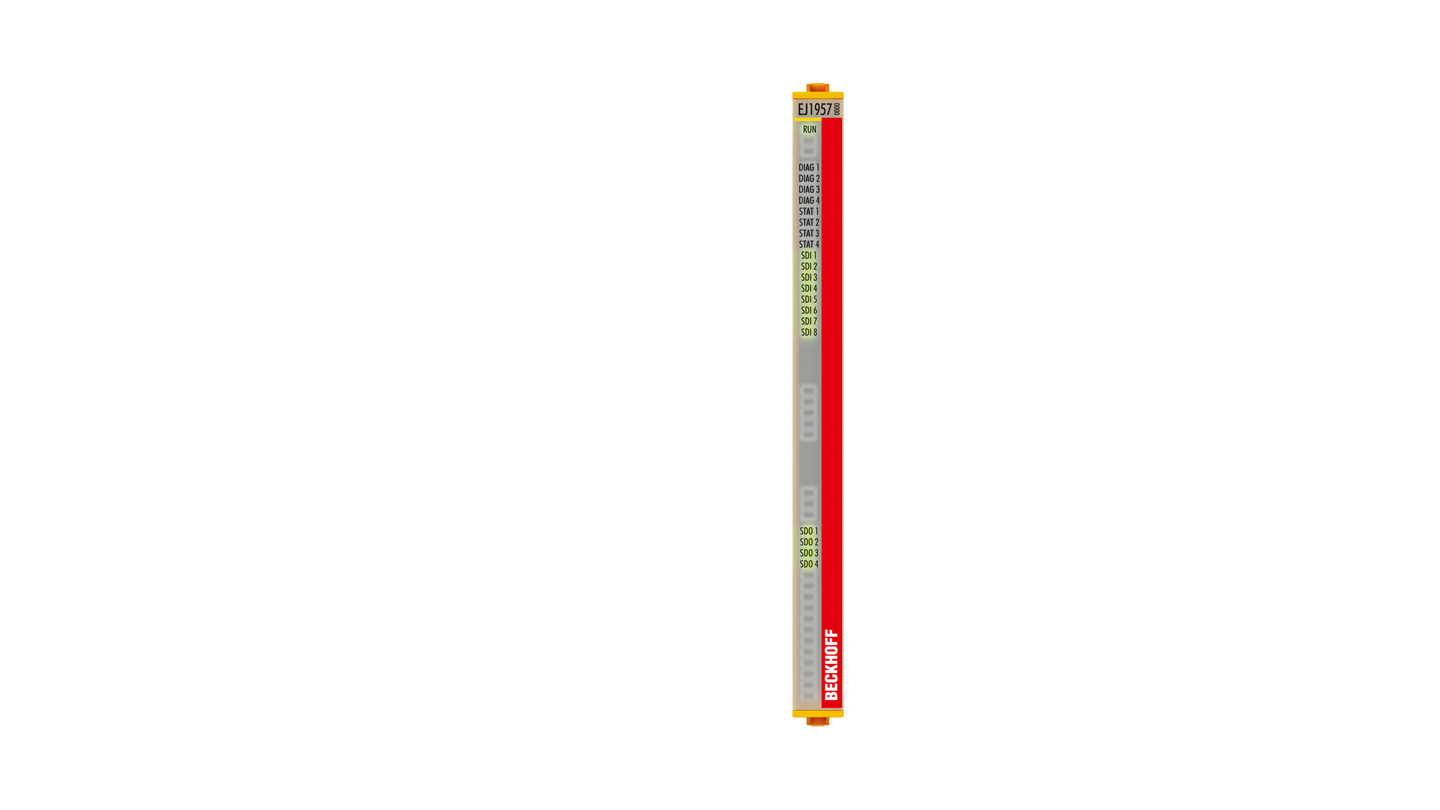 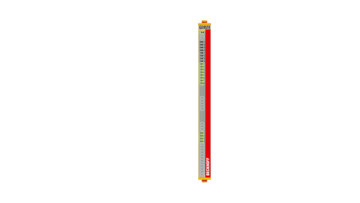 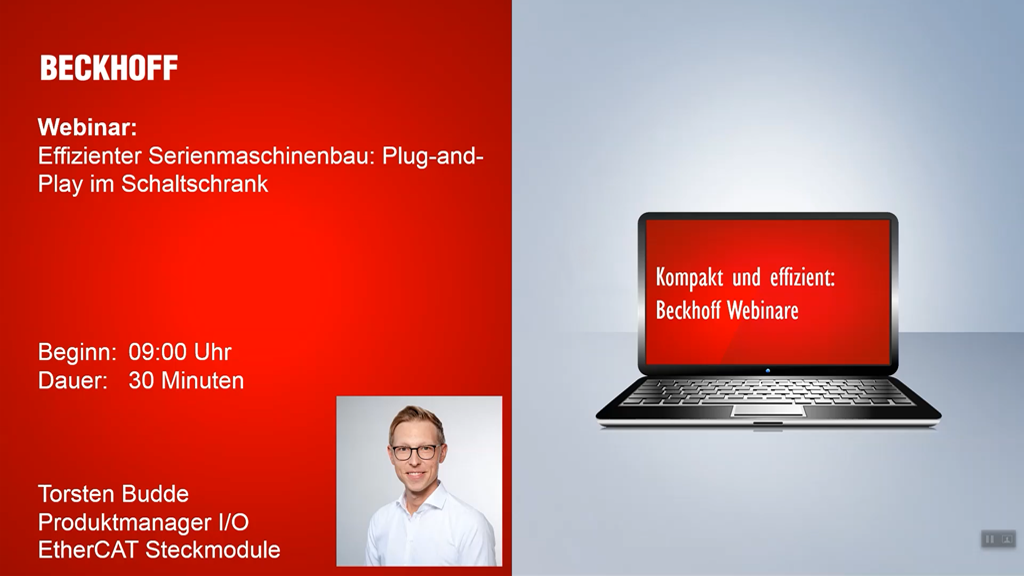 The EJ1957 TwinSAFE component is an EtherCAT plug-in module with inputs and outputs. The module has eight fail-safe inputs and four fail-safe outputs, which are controlled or processed via FSoE by a TwinSAFE Logic-capable component.