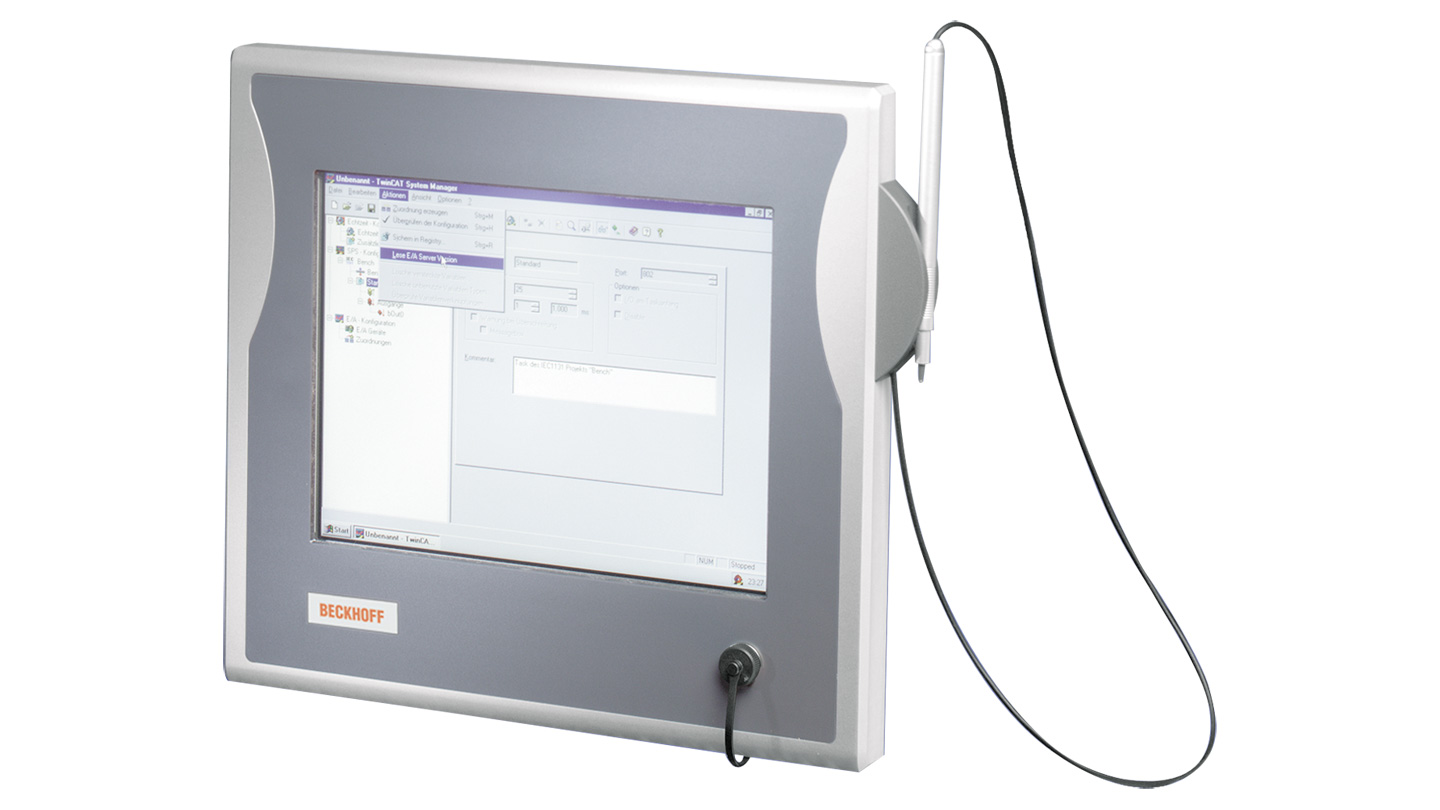 The stable, round point of the pen allows easy, flowing operation of the touch screen and gives a better view of the display at the same time. It is also possible for operators who wear gloves to work in a precise and comfortable way with the Beckhoff touch screen pen. Grit or dirt on the finger is no longer a problem. The plastic tip is gentle on the surface of the touch screen. Direct operation without a pen still remains possible.

The user of the Beckhoff touch screen pen receives a precise input medium with an ergonomically formed, non-slip aluminium shaft, in a design which conforms to that of the Control Panel, and with the right balance of weight, form and friction. This pen is also ideal for the built-in Panel PCs with touch screen.

The touch screen pen is kept in a holder fastened to the Control Panel or to the Panel PC. A connecting cord between the pen and the holder makes the pen accessible at any time.