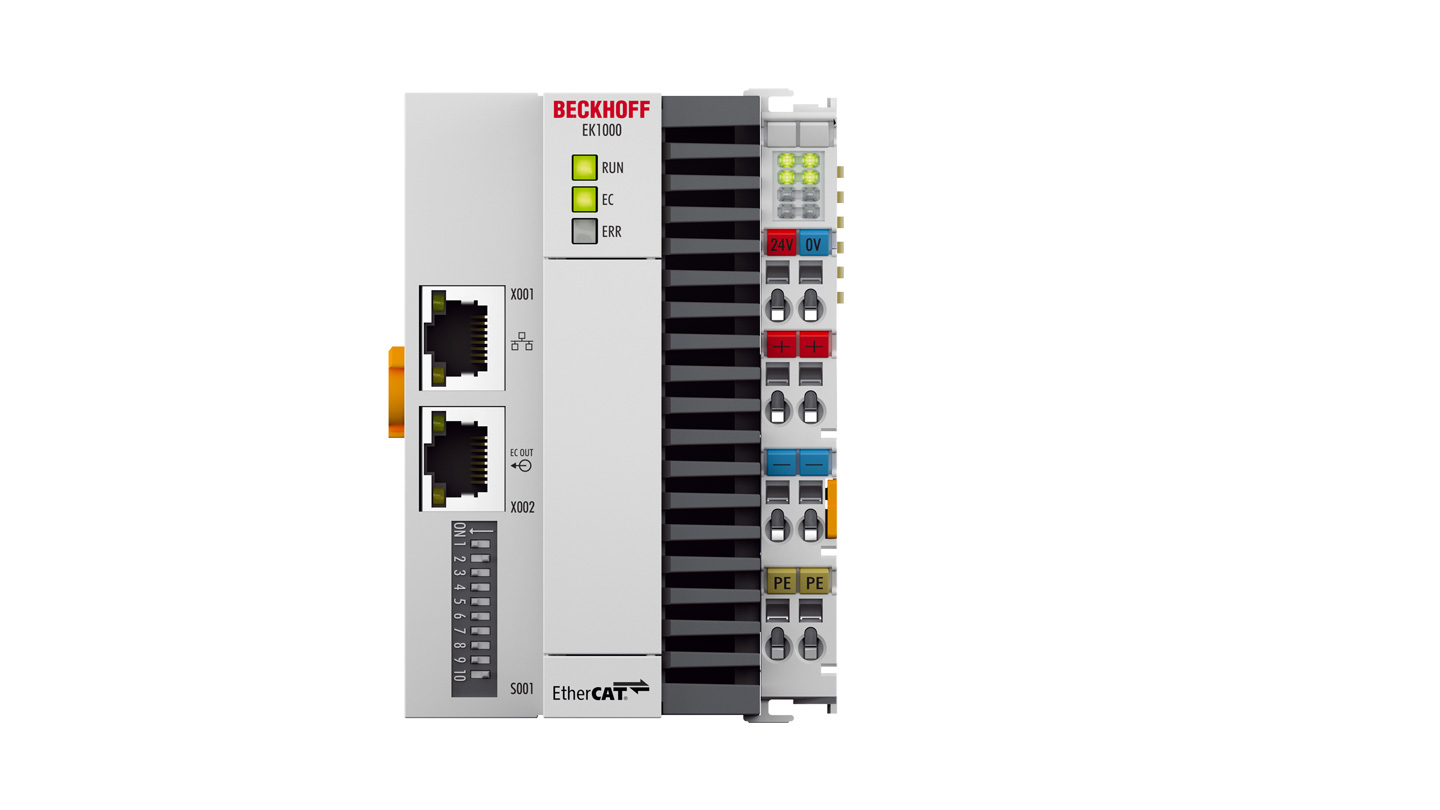 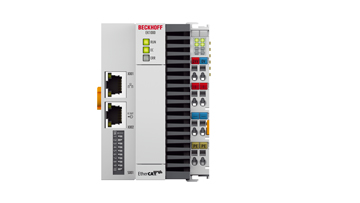 The EK1000 EtherCAT Coupler supports EtherCAT communication via switched Ethernet networks, such as TSN networks (Time-Sensitive Networking), and allows for connecting various EtherCAT Terminals from the wide range of I/Os with standard network technology. The EtherCAT Open Mode protocol enables communication via a layer 2 or a UDP connection. Via UDP, EtherCAT data can also be addressed across routers. The EK1000 is TSN-ready and can be made TSN-capable by a firmware update when the TSN technology is available. Proven EtherCAT features, such as distributed clocks and XFC, can also be used within a TSN network. In addition, it allows for connecting EtherCAT-capable drives that do not have a TSN-capable interface. Thus, the EK1000 effectively links EtherCAT and TSN networks, combining their benefits: EtherCAT provides a real-time capable single-device level and is therefore ideally suited to combine the numerous small data packets that come from the digital and analog inputs and are typical of industrial environments into a complete process image. TSN, on the other hand, defines a physical layer, which only relates to the switch layer in switched Ethernet networks. As a real-time extension of the general Ethernet technology, it controls the procedures and priorities for the transport of Ethernet telegrams through a TSN-capable, switched network. The EtherCAT Coupler has two RJ45 ports. One of these 100 Mbit/s ports connects the EK1000 to the Ethernet or TSN network. The second port enables EtherCAT network extensions, e.g., via the EK1100 EtherCAT Coupler. The EK1000 extends the TwinCAT automation software with a TSN-capable version of EtherCAT communication. In this way, TSN networks can also be managed seamlessly, and EtherCAT devices located in different terminal strands can be addressed via the TSN network.