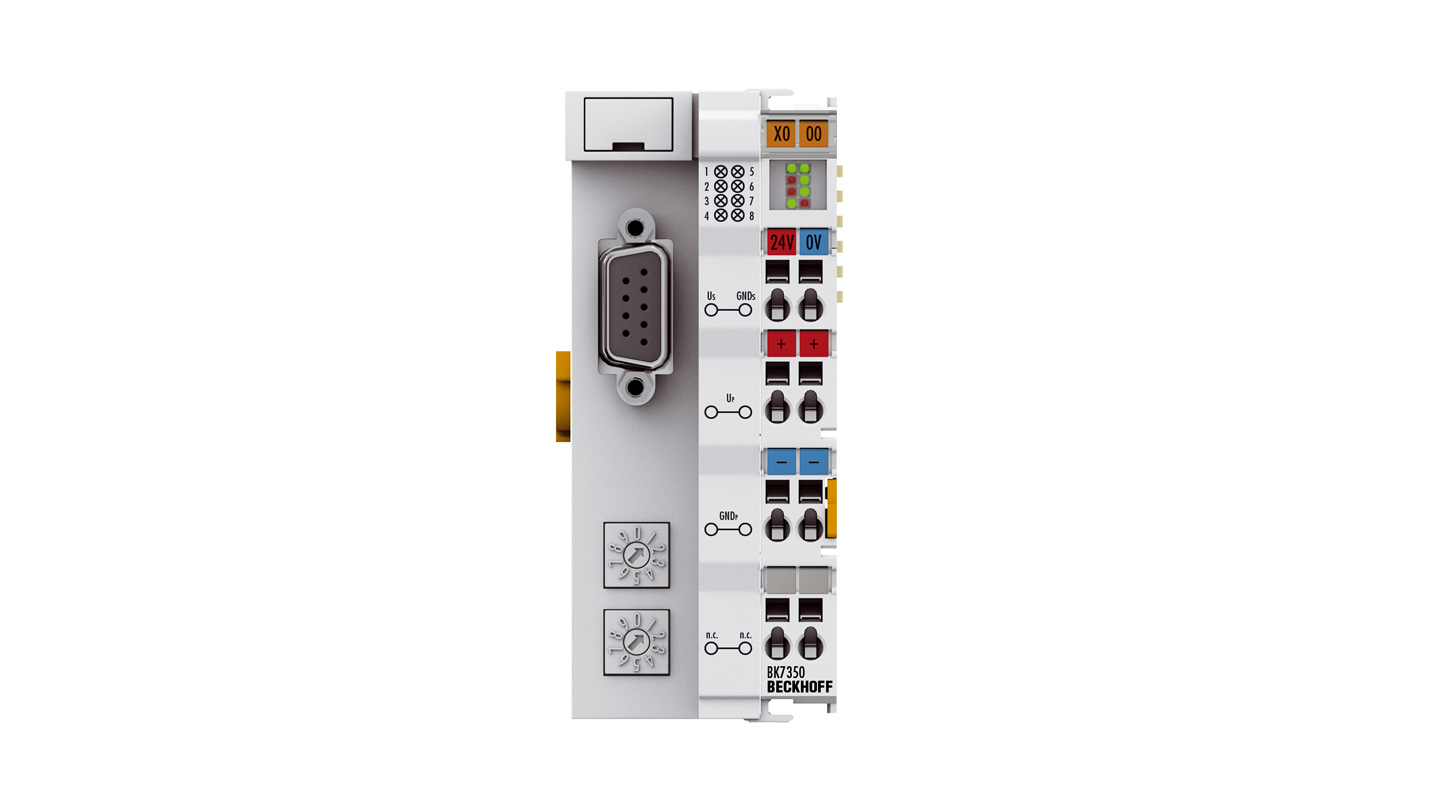 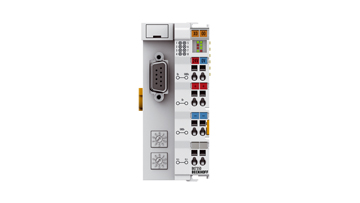 The BK7350 Compact Bus Coupler with compact housing connects the Modbus bus system to the modular, extendable electronic terminal blocks. One unit consists of one Bus Coupler, any number from 1 to 64 terminals and one end terminal. With the K-bus extension, up to 255 Bus Terminals can be connected.

The Bus Coupler recognizes the terminals to which it is connected, and performs the assignment of the inputs and outputs to the words of the process image automatically. The first input/output signal will be added to the first bit of a word (LSB), beginning from the left. The Bus Coupler adds further signals to the word. A clear separation is maintained between inputs and outputs. If the number of inputs or outputs is greater than 16 bits, the Bus Coupler automatically begins a new word.

Modbus has a line topology based on the RS485 interface. The Modbus protocol is published. The BK7350 supports the RTU and ASCII protocols. The baud rate is variable and can be set directly via the rotary selection switch on the Bus Coupler, i.e. without configuration software.

The Modbus Bus Coupler supports various Modbus functions that enable direct access to digital and analog signals. The BK7350 also supports the diagnostic Modbus function that enables faults to be detected and counted. In addition, the Bus Coupler diagnoses faulty or erroneous telegrams and respond to the controller with an error. The BK7350 enables broadcast access, which means that several Bus Couplers can be addressed simultaneously with a single telegram.