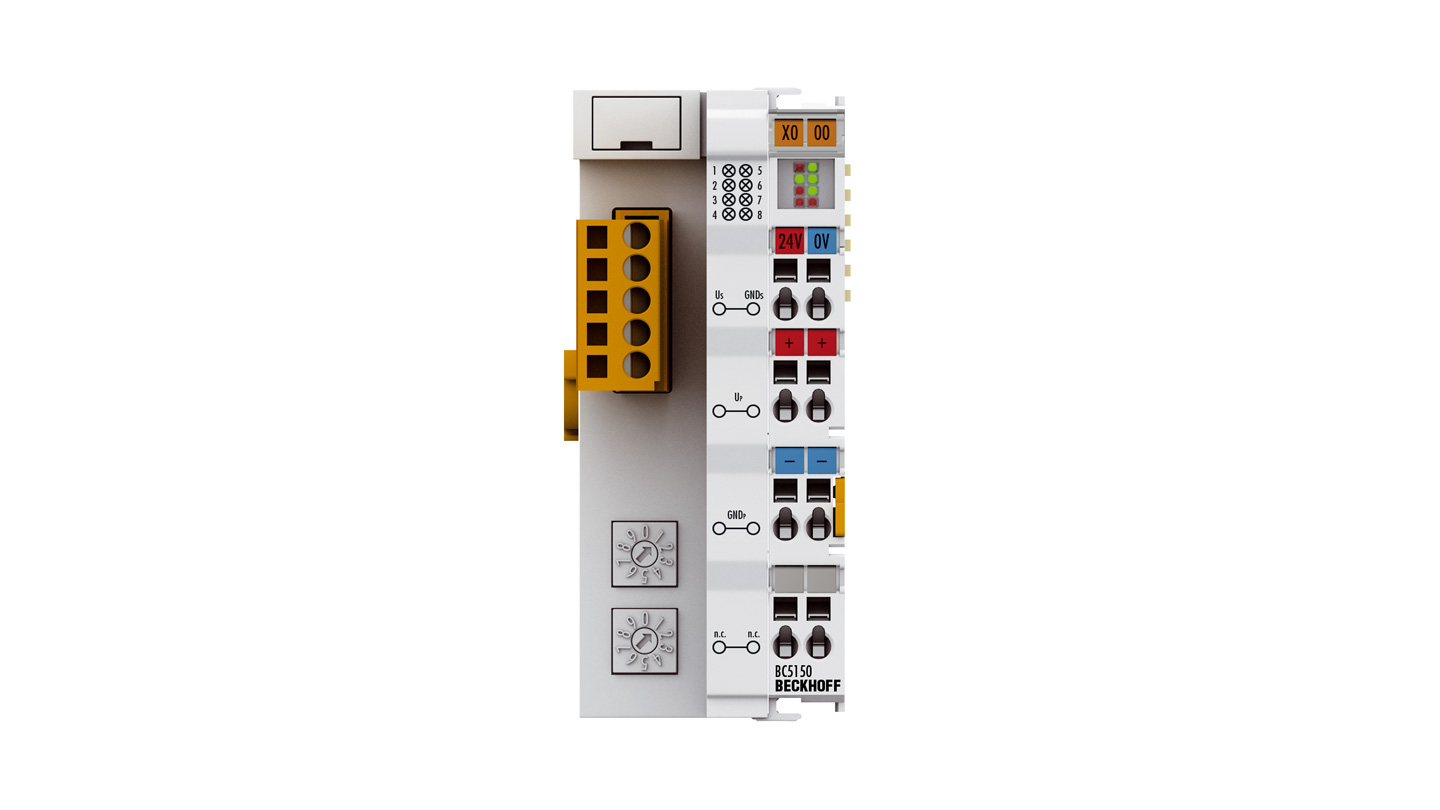 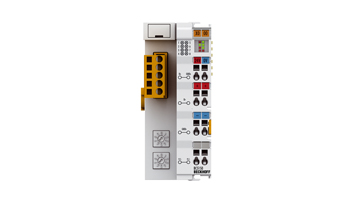 The Bus Terminal Controller is programmed using the TwinCAT 2 programming system according to IEC 61131-3. The configuration/programming interface on the BC5150 is used to load the PLC program. If the software PLC TwinCAT is in use, the PLC program can also be loaded via the fieldbus. The inputs and outputs of the connected Bus Terminals are assigned in the default setting of the PLC. Each Bus Terminal can be configured in such a way that it exchanges data directly through the fieldbus with the higher-level automation device. Similarly, pre-processed data can be exchanged between the Bus Terminal Controller and the higher-level controller via the fieldbus.

The programming system TwinCAT for the BC5150 operates, independently of the manufacturer, in accordance with IEC 61131-3. The PLC programs can be written in five different programming languages (IL, FBD, LD, SFC, ST). In addition, TwinCAT offers extensive debug functionalities (breakpoint, single step, monitoring, …), which facilitate commissioning. It is also possible to perform adjustment and measurement of the cycle time.