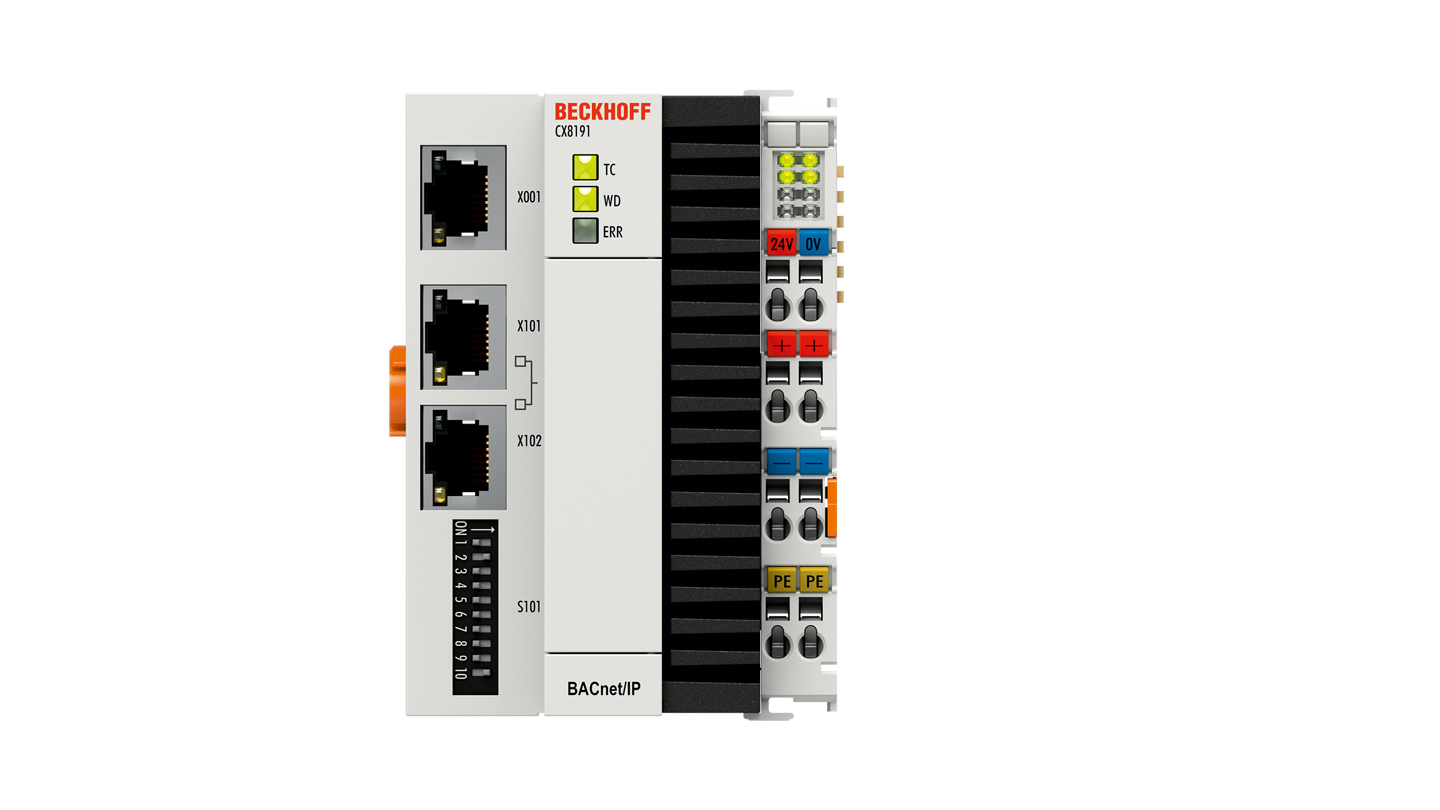 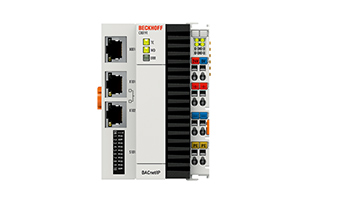 The CX8191 is a control system with a switched Ethernet port. It supports the BACnet protocol. E-bus or K-bus terminals can be attached as required; the CX8191 automatically recognizes the type of I/O system connected during the start-up phase.

The control system is programmed with TwinCAT 3 via the fieldbus interface or the additional Ethernet interface. TwinCAT 3 licenses must be ordered via the TwinCAT 3 price list. The BACnet license is already installed on the device and does not need to be ordered separately.

In conjunction with the EL6861 BACnet-MS/TP terminals, the CX8191 can act as a router to MS/TP networks including support for several MS/TP networks. In addition, further protocols and services can be supported, such as OPC UA, MQTT or Modbus TCP/RTU. Therefore, the CX8191 is a virtually universal device that can be used very flexibly, from control tasks through to gateway functions.