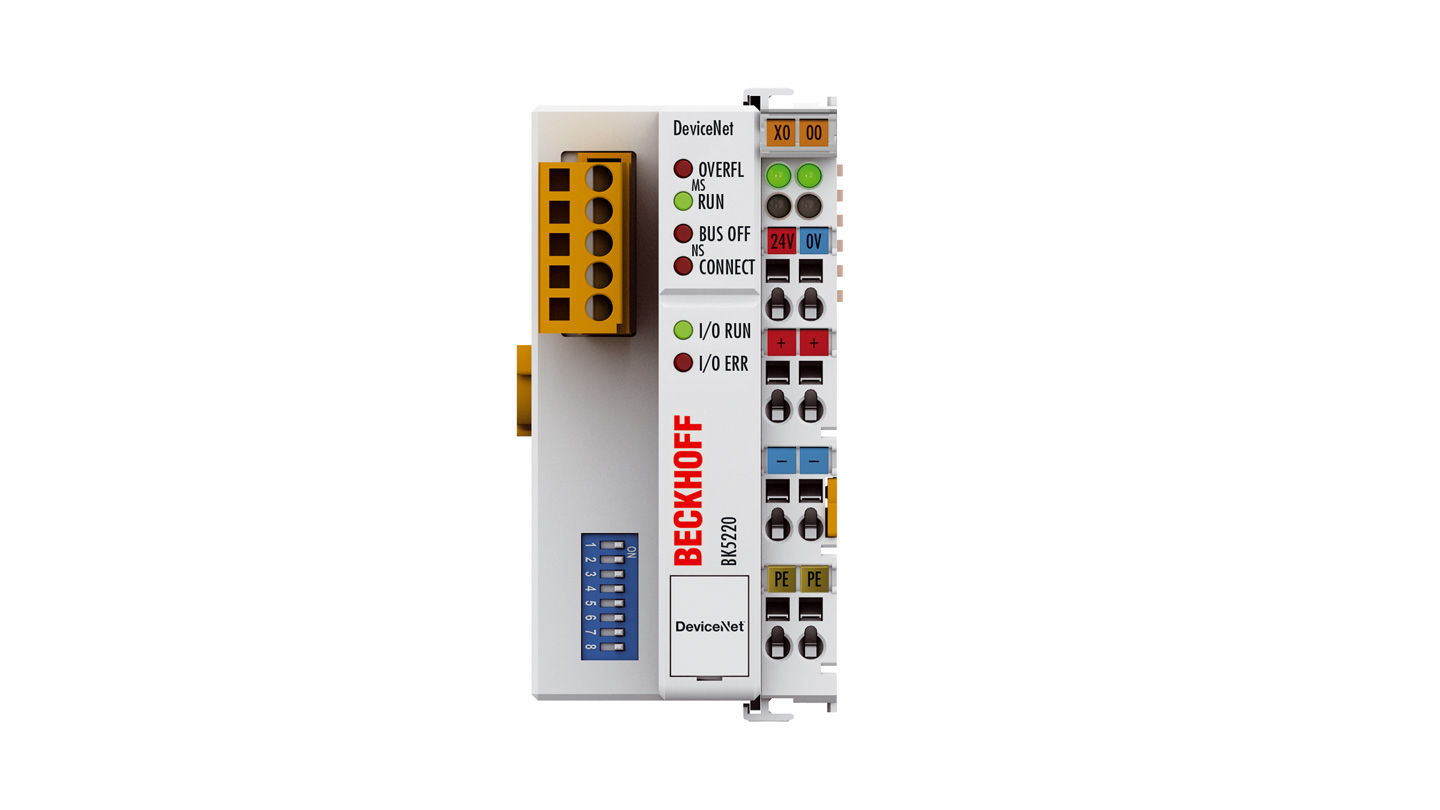 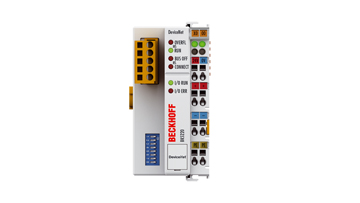 The BK5220 Economy plus Bus Coupler connects the DeviceNet bus system to the electronic terminal blocks, which can be extended in modular fashion. One unit consists of one Bus Coupler, any number of up to 64 terminals and one end terminal. With the K-bus extension technology, the BK5220 allows the connection of up to 255 spatially distributed Bus Terminals to one Bus Coupler. The Economy plus series supports all Beckhoff system Bus Terminals and it can process in its full configuration 1020 digital signals and a maximum of 256 analog input and output channels per slave.