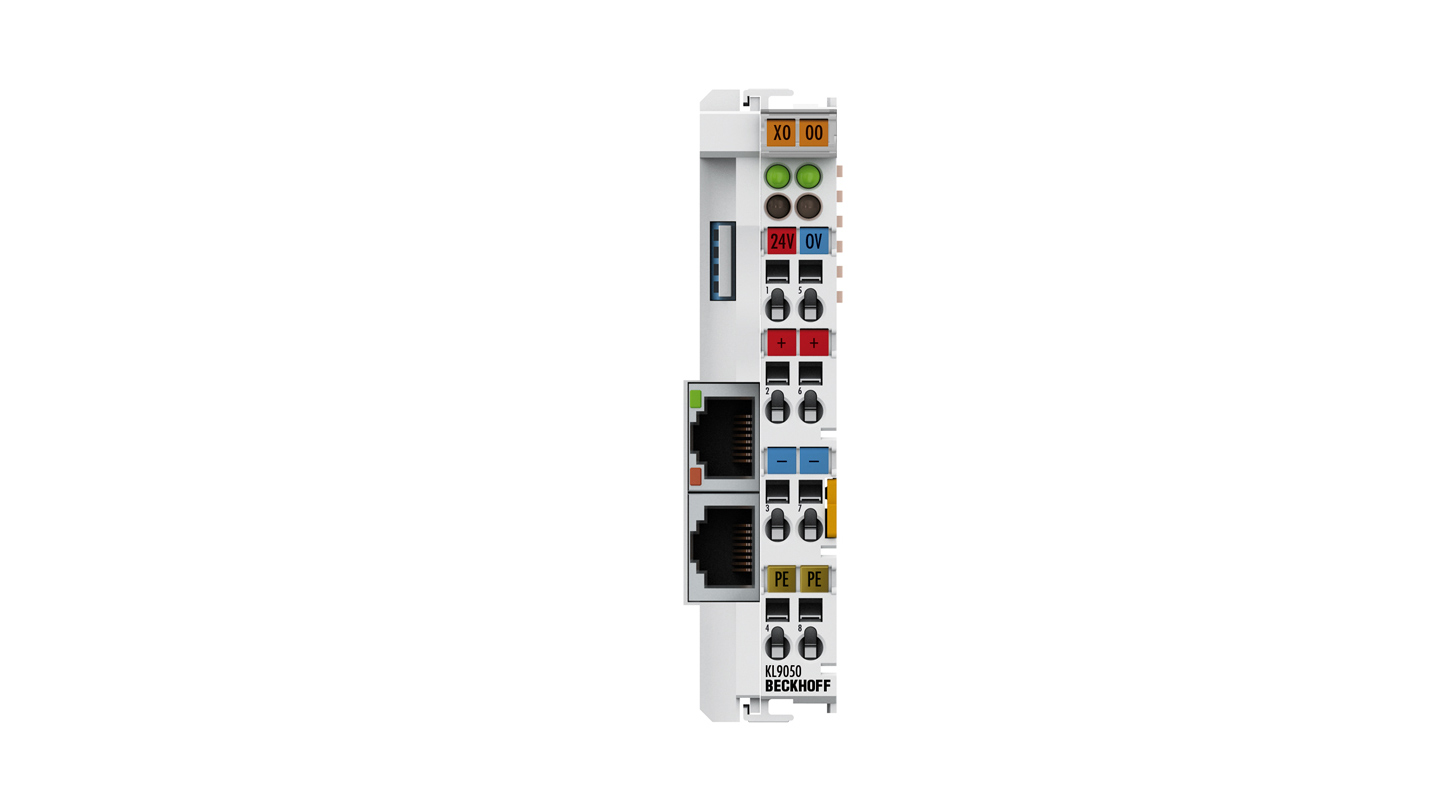 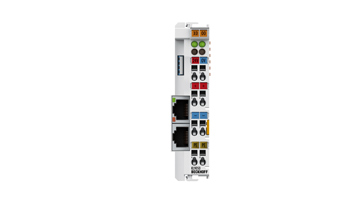 The KL9050 coupler terminal replaces the Bus Coupler on a Bus Terminal block. The KL9050 is the counterpart to the KL9020. The S(F)TP cable (shielded twisted pair) is plugged into the upper socket, providing the logical connection to the Bus Coupler. The extension is fully transparent for the Bus Coupler. All Bus Terminal system functions remain unchanged. The second RJ45 socket allows the system to be extended further. A new KL9050 can be connected to the first coupler terminal. The whole system can thereby be extended by 31 stations. The supply voltage for the field level and the internal electronics can be input separately. Both levels are thereby electrically isolated from one another. In the KL9050 a 400 mA K-bus power supply unit supplies the added Bus Terminals. The internal electronics and the field level can be supplied together from a single voltage source. Three diagnostic LEDs give information about the supply voltage for each Bus Terminal block, internal and field level. The KL9050 can be used as the last coupler terminal in the system or as a bridge between two Bus Terminal blocks. You can switch between these two functions with a selector switch. The switch must be correctly positioned for the system to operate.