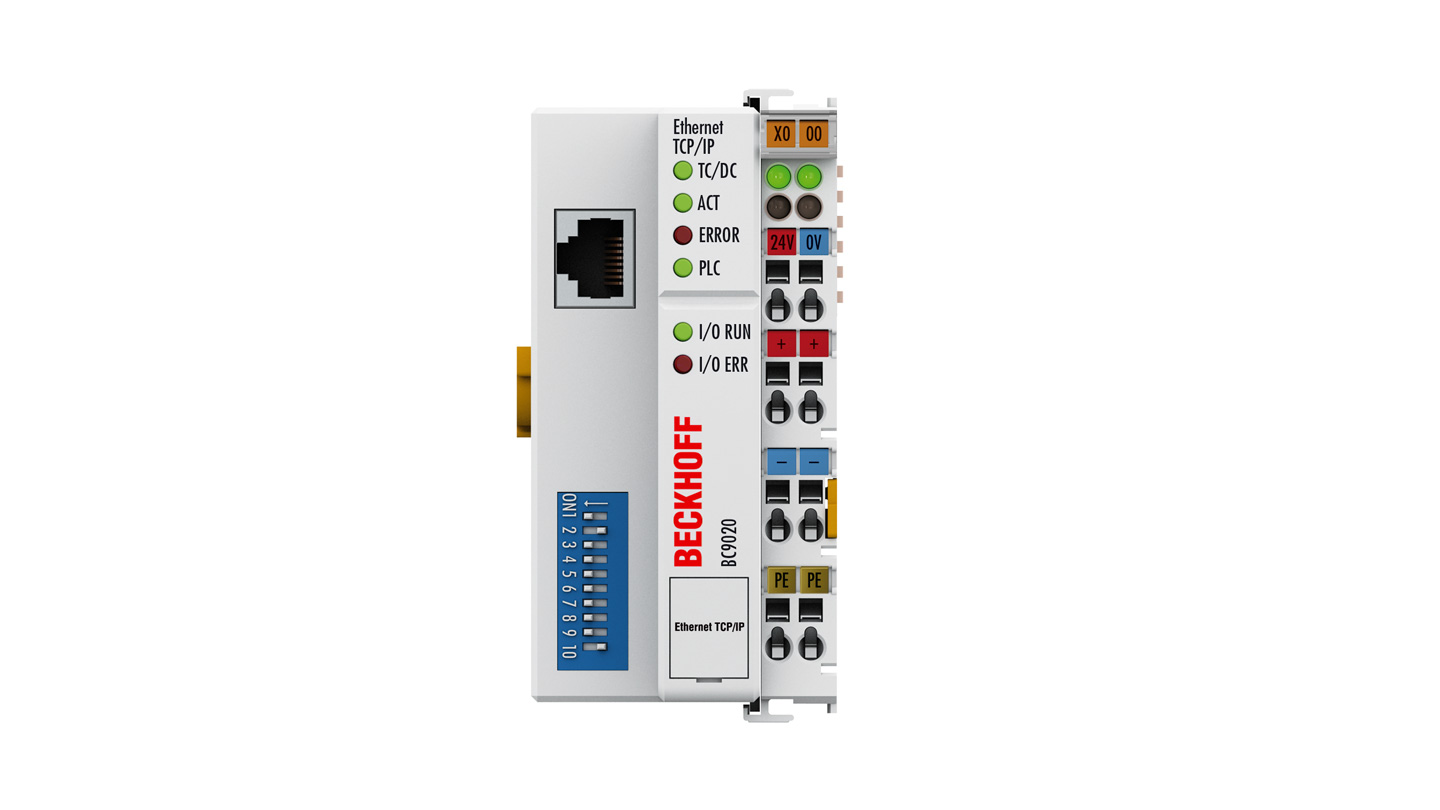 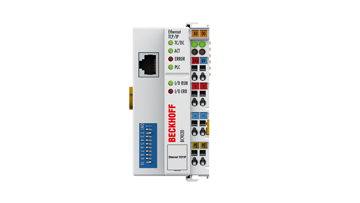 The BC9020 Bus Terminal Controller is a Bus Coupler with integrated PLC functionality and has a bus interface for Ethernet. It is an intelligent slave and can be used as decentralized intelligence in the Ethernet system. In conjunction with the K-bus extension, the “Economy plus” controller enables connection of up to 255 Bus Terminals to a controller.

The Bus Terminal Controller is programmed using the TwinCAT 2 programming system according to IEC 61131-3. The configuration/programming interface on the BC9020 is used to load the PLC program. If the software PLC TwinCAT is in use, the PLC program can also be loaded via Ethernet.