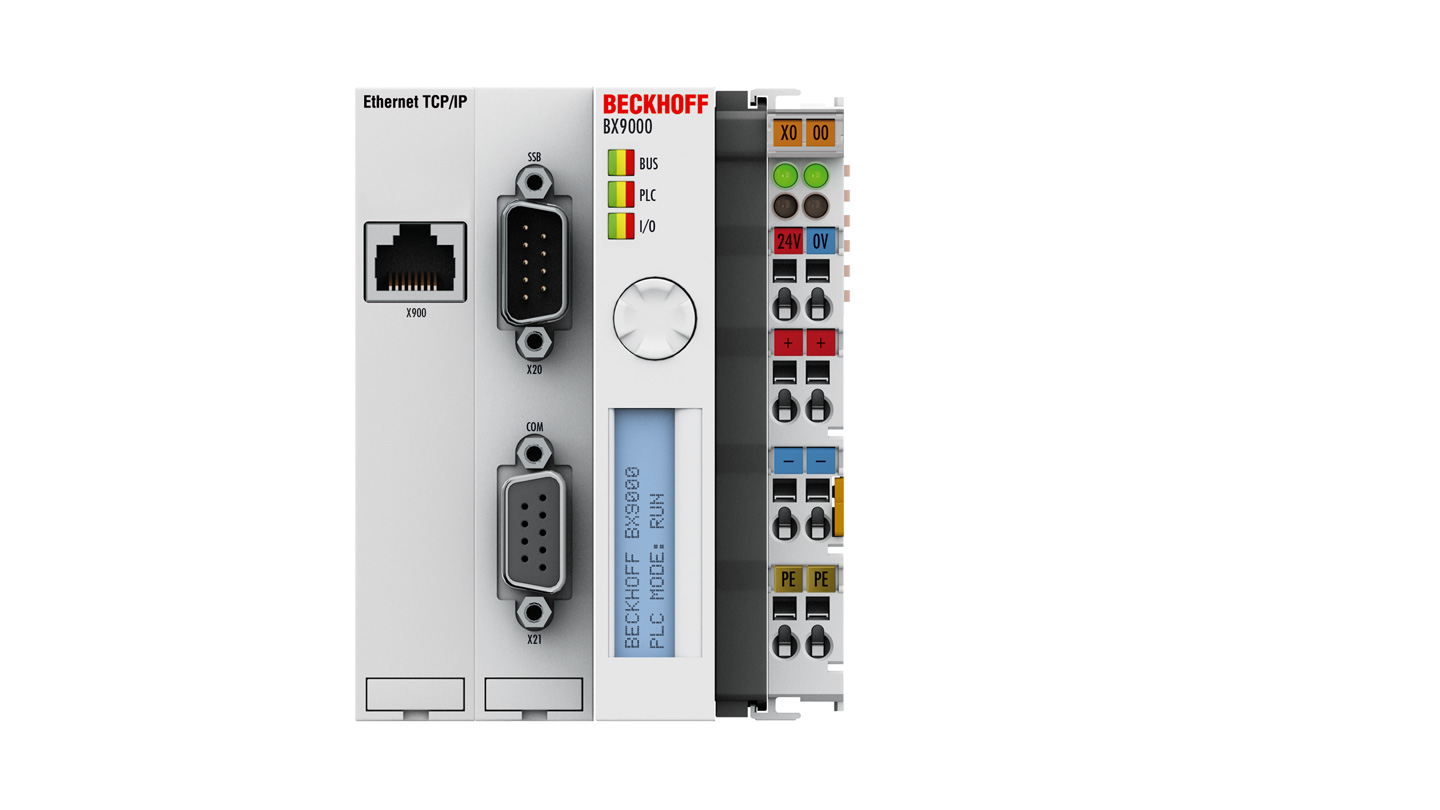 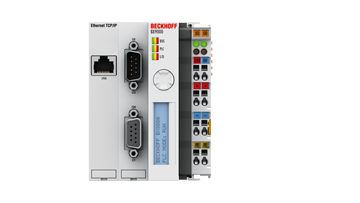 The BX9000 Bus Terminal Controller has an Ethernet slave/master interface. The controller has automatic transmission rate detection up to 100 Mbit. The address can optionally be entered via DHCP, BootP, ARP or with the joystick switch. Up to 2 kbytes of input and 2 kbytes of output can be exchanged with the controller. The ModbusTCP and the ADS/TCP and ADS/UDP protocols are implemented.

One unit consists of the BX9000 Bus Terminal Controller with up to 64 Bus Terminals and a bus end terminal. With the terminal bus extension system, the connection of up to 255 Bus Terminals is possible.

The controller is programmed via the COM1 or via the Ethernet interface. In terms of their equipment and performance, the BX series Bus Terminal Controllers are positioned between the BC series Bus Terminal Controllers and the CX series Embedded PCs. The main features distinguishing BC and BX are the larger memory and the expanded interfaces of the BX. Additionally, two serial interfaces are integrated for programming and for the connection of further serial devices. The device itself comprises an illuminated LC display with two lines of 16 characters each, a joystick switch and a real-time clock. Further peripheral devices, e.g. displays, can be connected via the integrated Beckhoff Smart System Bus (SSB).

Like for all other Beckhoff controllers, the TwinCAT automation software is the basis for parameterization and programming. The BX devices are programmed according to the powerful IEC 61131-3 standard in the programming languages IL, FBD, LD, SFC or ST. Users therefore have the familiar TwinCAT tools available, e.g. the PLC programming interface, the System Manager and TwinCAT Scope. Data is exchanged optionally via the serial port (COM1) or via the Ethernet interface.